The Long and Winding Road: Where Do We Go From Here? 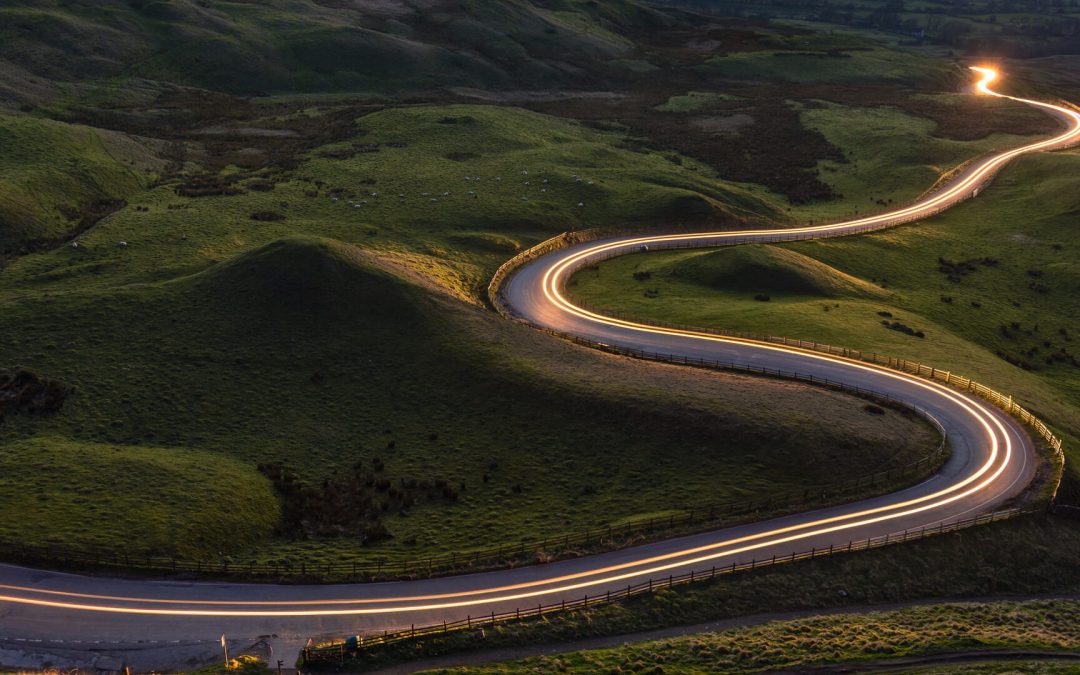 Two weeks ago, anticipating the trade deadline, I riffed on Robert Frost’s poem, “The Road Not Taken,” which begins “Two roads diverged in a yellow wood…”  It was kind of obvious at that point for the Giants that the “two roads” could be labeled “buyers” or “sellers.”

What I didn’t anticipate was that the Giants would take neither road, but instead would stand there at the crossroads, peer down each road for a bit, shrug their shoulders, and turn around and go back home. But here we are.

The Giants have lost 12 of 15 games since the All-Star break, including eight straight to the Dodgers and a three-game sweep at the hands of the Diamondbacks. These streaks (against the Dodgers and against the division) are the worst since the 1970s, and those were dark days for Giants fans. The results on the field are alarming enough, but we could comfort ourselves by saying “Well, not our year–Posey retired, injuries, etc., etc.” But things are worse than that. After a disappointing offseason, another nothing draft, a bewildering trade deadline, and a regression across the farm system, the Giants appear to be floundering as an organization. And none of that takes into account that the two juggernauts in the NL West just keep getting stronger.

Back in 1985, when the Giants were losing 100 games for the only time in their franchise history, we at least had Will Clark (and 1983 first-rounder Robby Thompson and later 1986 first-rounder Matt Williams) to look forward to. In the dregs of the Bonds era, the Giants drafted Matt Cain, Tim Lincecum, Madison Bumgarner, and Buster Posey (plus lower-round gems Jonathan Sanchez, Sergio Romo, Brian Wilson, Brandon Crawford, and Brandon Belt) and signed Pablo Sandoval as a teenager. If we squint a little bit, we can see some of the same hope in Marco Luciano and Kyle Harrison, but is it enough?

So it’s grim out there. How did we get here, and what, if anything, can be done to make the future look a bit brighter than it does right now?

How Did We Get Here?

As distressing as this profound free fall is to those of us who bleed Orange and Black, it’s also kind of fascinating. How does a team go from the best record in the majors, setting all kinds of franchise and major league records (wins, home runs, pinch hit homers, one-run wins, etc.), to a hard-to-watch disaster in such a short period of time? Putting aside the disappointing performance of the farm system for a moment (we’ll get to it in the next section), let’s break this down by asking and answering a series of questions.

What didn’t make sense was a combination of what Zaidi/Harris did and didn’t do:

Where Do We Go From Here?

Honestly, I don’t really know. The easy answer is “spend more money.” A lot of fans’ prescriptions include: “Extend Carlos Rodón, sign Aaron Judge, sign Trea Turner, then get Shohei Ohtani the next year.” It’s an “easy” answer because the Giants have money and that might be about the only thing going for them right now. But it’s easier said than done. Judge plays for the Yankees and Turner plays for the Dodgers, and those are two of the best teams in baseball right now. You assume, especially in the case of Judge, that their current teams will want them back. Why would either leave successful, winning franchises for this mess of an organization? Why would Rodón want to come back?

The harder answer, the “road less traveled,” is that to go forward with any kind of success, the Giants are going to have to do better at building from within. They need to draft better and they need to develop better. I read Melissa Lockard’s interview with player development director Kyle Haines that came out in The Athletic yesterday, and I saw the criticisms here and in the comments following that article that it was a “puff piece” with “softball questions.” I’m a big Melissa Lockard fan, and I don’t agree with those takes, and I thought Haines was honest about players that have struggled (Matos and Pomares, in particular) and that the system overall has had a disappointing year. But here’s one thing that did strike me: Haines referred to a minor league season by Nate Schierholtz and how he got hot on August 1 and ended up having a pretty good year, and “that’s what we’re hoping happens” with some of these guys. Two things: First, Nate Schierholtz was traded away from the Giants ten years ago now, and his minor league career was even further back. Haines has been around the Giants a long time–maybe too long, considering that most observers consider the Giants’ scouting and player development over the past decade to be a cataclysmic failure. Second, Nate Schierholtz was a mediocre fringe outfielder who had some good moments here and there, but–that’s the model Haines is holding up? “Just try to be like Nate in 2009 (or whenever it was)?” I mean…

This is to say that maybe the Giants need some new blood at the top of the player development side. And while we’re at it, Michael Holmes hasn’t shown much talent as the head of amateur scouting and drafting so far. His approach seems to be “NC State is close to my house, so let’s draft guys from NC State.” I’m sure that’s an unfair oversimplification, but it’s hard to argue that the Zaidi-era drafts have been any better so far than the Sabean/Evans/Barr years that preceded them.

The Giants will have to spend money to get themselves out of this mess anytime soon, but the answer is probably somewhere in the big region between “Sign Aaron Judge for ten years” and “Pick up some guy for cash considerations.” They will have to take some risks. And they need to prioritize athleticism and stop just adding more DHs to the 40-man roster, please. Get younger, get more athletic, get faster. Oh, and how about promoting your own prospects when there’s a hole instead of dumpster-diving for other teams’ cast-offs? (No reason why a River Cat couldn’t have come up for a week instead of DoorDashing Dixon Machado from the Iowa Cubs when Estrada got beaned. What difference what it have made?–They still lost all four games to the Dodgers, and they sent a bad message to guys like Isan Diaz, Archimedes Gamboa, and Shane Matheny. And how many schmoes from the Mariners did they try before giving David Villar the shot he’d earned?)

The team also needs to do some deep thinking about Gabe Kapler. He got a contract extension after last season, and I don’t think he’s going anywhere–as already mentioned, it’s not fair to make him the fall guy for poor roster construction decisions. But perhaps there needs to be some feedback and intervention about how he’s using players and how he’s communicating with them.

There are no easy answers. The good news, as we saw last year (and unfortunately this one, too), is that MLB teams’ fortunes can turn around quickly if various things go right. The bad news is…well, the Dodgers and the Padres are still playing in California.

Let’s not kid ourselves. There aren’t many. But we’ll take our glimmers of hope where we can get them.

Do we still care? I do. The Giants just have to win on Sunday and they will take it home again this year.  The Giants and A’s play at 4:07 p.m. today in Oakland. Rodón is pitching against some guy I never heard of. Let’s do this. Lefty out.