The Most Interesting Team in Baseball, April 2021 Edition 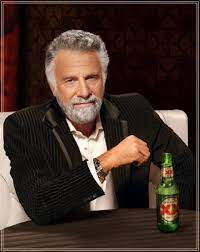 I don’t always watch baseball, but when I do, I prefer the wacky, weird San Francisco Giants.

National baseball writers have no idea what to do about the Giants. They are not fitting into the narrative.

The Giants rotation has been a surprising strength early on this season and that, of course, begs two questions: whether it’s sustainable and tradable..If he’s healthy, Cueto could be an enticing July trade candidate along with Kevin Gausman, Anthony DeSclafani, Aaron Sanchez and Alex Wood who are all on one-year deals. —Brittany Ghiroli, The Athletic

Giants starting pitchers rank second only to the Brewers in the majors with a 2.23 ERA, an encouraging start considering virtually the entire rotation might be the focus of trade rumors in July. Johnny Cueto, Kevin Gausman, Anthony DeSclafani, Aaron Sanchez and Alex Wood all are on one-year commitments, leaving the Giants with the choice of trading, extending or keeping them, depending upon how their season is going.–Ken Rosenthal, The Athletic

The Giants’ rotation carries the sport’s fourth-lowest ERA. Five members of that rotation — Kevin Gausman, Anthony DeSclafani, Aaron Sanchez, Alex Wood and Johnny Cueto — could be free agents at season’s end. So if the Giants fall out of contention around midseason, they might be able to spin them off to acquire some nice controllable pieces for the next phase of their trajectory. —ESPN Power Rankings

You get the idea. Even though the Giants are sitting on the second-best record in baseball right now, the only interesting thing worth mentioning about them is that their surprisingly robust rotation could all be traded in July. I guess I can’t blame them too much–I thought the same thing going into this season. And yet, here they are, one game behind the Dodgers in the NL West, and ahead of the Padres…inconveniently inserting themselves into the “great Padres-Dodgers rivalry” storyline.

But we don’t care about that right now. Let’s talk about what is interesting and strange about this version of the San Francisco Giants.

By far the biggest story of this past week has been about the two Giants’ catchers, Buster Posey and Curt Casali. Casali, as we all know, accomplished the amazing feat of catching five consecutive Giants shutouts. Only five catchers have ever done that, and he’s the first to do it with five different starting pitchers (basically all of them except Logan Webb).

Curt Casali is the 5th catcher in the modern era (since 1900) with at least 5 straight shutouts in his starts, joining:

And 1st to do it with 5 different starting pitchers!

Casali’s most recent shutout, in Aaron Sanchez’s Thursday night start, also featured him having the big hit, a two-run single that gave the Giants a 3-0 first-inning lead that they rode for the next eight innings. Casali hasn’t been very good at the plate, leading Gabe Kapler after the latest shutout to muse:

Gabe Kapler on Curt Casali: "I was kinda joking on the bench that tomorrow's a tough decision between the best catcher in Giants history and a guy who is certain to catch a shutout."

Oh, yeah. That guy. Buster Posey caught his 1000th game Friday night, making him the first catcher ever to reach that milestone in Giants history. He had a rough night, getting clocked in the head by a look-at-me backswing by Marlins’ flashy rookie Jazz Chisholm Jr., but he seems to be OK. Earlier in the week, Posey impressed by hitting two homers in the same game for the first time since 2016, both off Zack Wheeler (who, you’ll remember, was the Giants’ first-round draft pick in 2009–one year after Posey was). The second one in particular is worth watching again.

Buster has done it again 💪🏻 pic.twitter.com/QVxpI0wzpm

I have a question mark at the end of the subheading because overall, the Giants’ pinch-hitting hasn’t been that impressive. They are eight for 48, good for a .167 batting average, which is 17th in the majors. The 48 at-bats from pinch hitters by far lead the majors. And all eight of the pinch hits have been for extra bases–two doubles, one triple, and five homers. The five pinch-hit homers lead the majors, just barely because the Braves have four…three of which were hit by #ForeverGiant Pablo Sandoval. There have been 17 pinch-hit homers in MLB this year–and eight of them have been hit by a Giant or by Sandoval.

The Giants’ pinch hits have come at huge moments, though, as pinch hits tend to do. Mauricio Dubon’s pinch-hit double* (*according to New York replay review) last night sparked a rally that gave the Giants’ bullpen some breathing room that it turned out they would need.

One of the most fascinating things that’s happened this season is this week’s major league debuts by not one but two fireballing young right-handed relievers. The arrival of Camilo Doval was not such a shock. Doval spent last season at the Alternate Site and was even on the taxi squad for a late-season road trip, so you know the Giants considered him close to ready. I even picked him in the My26ManGuys™ contest for the “first to be called up” tiebreaker (he wasn’t, but close enough). But the sudden call-up of 21-year-old Gregory Santos on Thursday, maybe more than anything I’ve seen since Farhan Zaidi took over the Giants, signified that there’s a new sheriff in town.

Why are these call-ups so surprising? Well, neither Doval nor Santos had ever pitched above A ball. Doval, signed by the Giants out of the Dominican Republic as an international free agent, is almost 24 and spent 2019 with the San Jose Giants (then high A), and had a 3.83 ERA and a 1.33 WHIP, neither of which screams “most likely to jump right from A ball to the major leagues.” On the other hand, he had 80 strikeouts in 56.1 innings, and that will catch a front office’s eye. Santos was obtained in the July 2017 trade that sent Eduardo Nunez to the Red Sox that also brought Shaun Anderson to the Giants. Santos was always considered the real prize of that deal, the one to dream on. He was still just 17 when the Giants traded for him. He’s struggled with staying healthy and was last seen pitching just 34.1 innings as a starter in low-A Augusta in 2019 (but with an excellent 2.86 ERA).

Doval and Santos wowed people in last fall’s Arizona instructs, and both had to be protected on the 40-man roster in November so that they wouldn’t be lost in the Rule 5 draft. It’s still surprising that they have already made their major league debuts, and it definitely shows a different organizational philosophy than we saw in the Sabean-Evans era.

How did those debuts go? Thanks for asking. They both went spectacularly well.

Camilo Doval showed off some nasty stuff with a pair of strikeouts in a 1-2-3 frame for the @SFGiants. pic.twitter.com/dCuY4fI9ee

Well, I tried to loosen up Camilo Doval by asking if he could repeat what Jesus Aguilar said after striking out. I didn't think he'd actually repeat it!

Gregory Santos struck out a pair in a perfect inning to start his career. pic.twitter.com/1gnbaIOsHQ

Doval has gone on to make two subsequent appearances and actually has an ERA now, thanks to a homer by Bryce Harper. Santos made his debut on Thursday. It will be very interesting to watch both of them and see if they stick at the big league level.

The Week of Alex

Alex the bunny. Alex Wood throwing a dazzling seven innings in Friday night’s win. A big homer by Alex Dickerson that helped the Giants win the series in Philly. Giants Insider Alex Pavlovic is feeling pretty good, and so is outfield prospect Alex Canario. It’s good to be named Alex!

Alex Dickerson on his return to the dugout following his three-run home run: "Everyone was happy. They were chanting like normal."

You will not be surprised to hear that Giants fans were already wearing bunny ears at the park by Friday night’s game and that there are already T-shirts being sold. Giants fans do love their animal memes, and all that panda hat energy had to go somewhere.

This was a good week. The Giants went 5-2 and 3-3 on their East Coast road trip.

Last week I noted that eight (8) of the Giants’ key hitters were all batting under .200. While I wouldn’t say the Giants’ offense is yet setting the world on fire, six of those eight players are now at .200 or better (the only exceptions being Crawford, who’s made his hits count, and Dubon, who as I mentioned had a big hit last night).

Mike Yastrzemski had a huge opposite field homer last night that turned a 1-0 deficit into a 2-1 lead, which was important given that the Marlins’ starter, Sandy Alcantara, is really, really good.

The injury bug has hit the Giants’ aged infield. 2020 Silver Slugger Donovan Solano went on the Injured List with a calf strain, and it sounds like he could be down for awhile. Belt, Crawford, and Longoria all missed time this week with what appear to be more minor injuries, but you definitely remember that the Giants have the oldest roster in MLB, at least as to position players, and that these guys who are well past 30 are going to have muscular issues every now and then. Last week I mentioned “lack of depth” as something to keep an eye on, and–it still is.

If the Giants can win just one of these last two games, they’ll win their season series against the $%&# Marlins, for what seems like it would be the first time ever (too lazy to look it up).

I’ll take us out with a little song brought to my attention by my neighbor, Anth. You can substitute “Mike” for “Carl,” and you’ll have a happy tune to hum any time our Yaz does the kind of thing he did in last night’s game.  You’re welcome. And I’m sorry. Lefty out.