The World According to #SFG 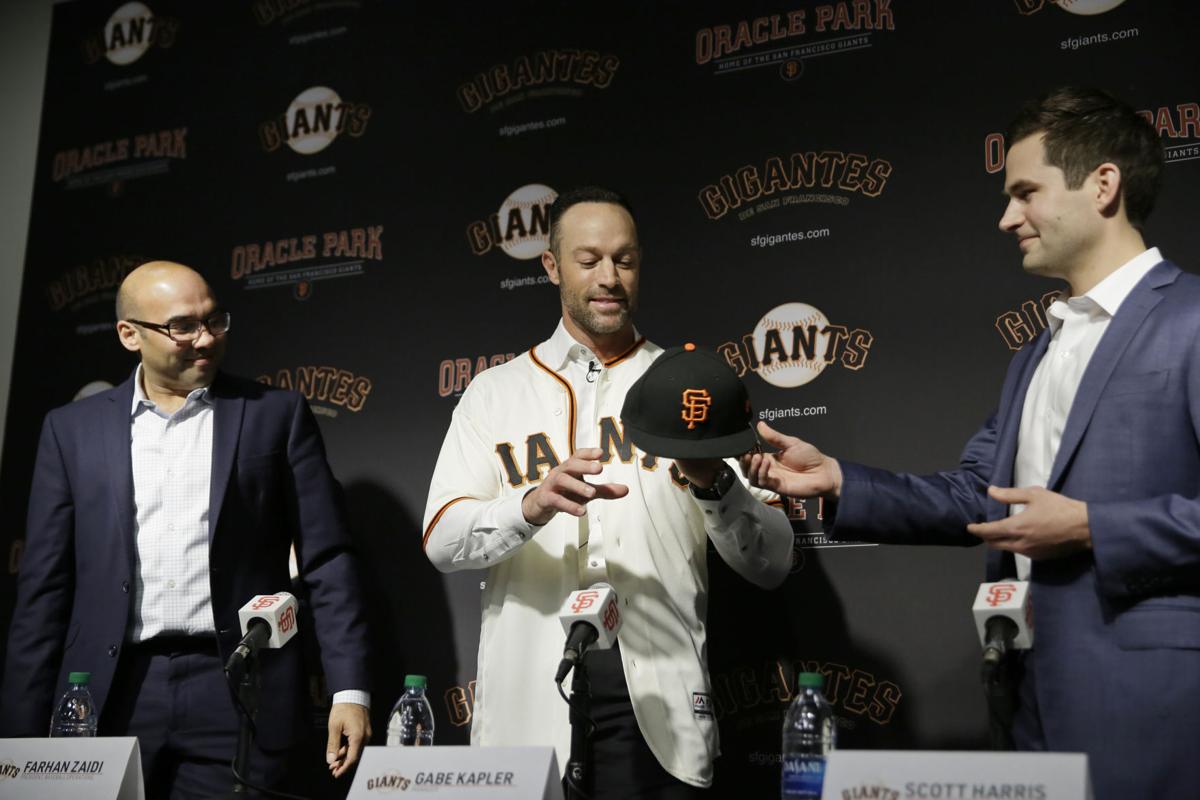 As per usual, there wasn’t much Giants news this week. And unlike last week, there wasn’t a major MLB scandal to discuss, unless you’re really, really upset about Derek Jeter falling one vote short of a unanimous first-ballot election to the Hall of Fame. (Me: If the Babe and the Say Hey Kid weren’t unanimous, neither should Jeter be. C’mon, seriously?!)

Nonetheless, Saturday always comes (thank God for that!), and my blog duties awaited, so thanks to a tip from Kodachrome, I looked up and listened to interviews with Farhan Zaidi and Gabe Kapler on KNBR. Together with last week’s podcast interview by Henry Schulman with GM Scott Harris, we have the latest version of The World According to #SFG (Scott, Farhan, Gabe).

I’ve done the listening work so that you don’t have to, but a good academic always cites her sources, and readers can go check for themselves.

I discussed the Harris podcast last week, so I’ll focus instead on the two more recent interviews. What follows is my own take on what I heard.

Anyway, some good stuff to chew on as we head into February and camps opening. We should have low expectations as to major roster additions (I think we already knew that, right?), but it could be fun to see what these new young coaches can do with the young players. As for the veterans…well, Kapler has a high opinion of Longoria (they were teammates in Tampa Bay in 2008-09) and thinks he had a good year in 2019. He also has high hopes for Yaz to have as good a year as he did in 2019 and maybe better.

‘Tis the season. The Baseball America list came out this week, and the Giants have three top-100 prospects, down from the four they had midseason 2019: Marco Luciano (#19), Joey Bart (#32), and Heliot Ramos (#63). Hunter Bishop was #98 in the midseason list but dropped off this time. Bishop, Canario, Matos, and Seth Corry were all listed as receiving top-100 votes. Not bad, really.

The MLB.com top-100 list will be revealed today live on MLB Network (3 p.m. Eastern). I’d guess at least the same three players will be on the MLB list and maybe one more (Bishop or Corry or Canario?).

MLB Network has also been airing its “Top Ten Right Now” shows, and you’ll be stunned to hear that so far no Giants player cracked any of the lists (all three OF positions and 1B). Our Mike Yaz did, however, make the Shredder’s “just-missed” list for RF, which I thought was impressive, given that he didn’t even make his major league debut until May 25. I don’t think we can expect any top-10 appearances by Giants except possibly for Buster Posey on the catchers list, and even that’s no sure thing. Posey has been #1 many times, and his defense still graded well last year, but…

So that’s all the news fit to print on this quiet weekend before the Super Bowl edition. Hope you enjoyed it. Lefty out.