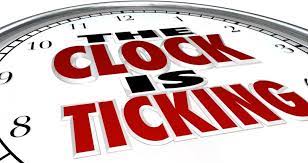 It’s been another eventful week in Giants Nation. Recently retired Buster Posey earned two more honors for his tremendous 2021 season–NL Comeback Player of the Year (the second time he won the award) and second-team all-MLB, along with Kevin Gausman, who now says in his Twitter bio that he’s an “unemployed pitcher looking for a job.”

Sources: The Mets have had conversations with Scott Boras and Max Scherzer, but not overly optimistic there. At moment they are in hard on Kevin Gausman, who might sign today or tomorrow.

I’m getting very tired of the Mets already. Yesterday they signed three free agents: utility infielder Eduardo Escobar and outfielders Mark Canha and Starling Marte. Marte had been rumored to be one of the Giants’ targets for a right-handed outfield bat.

I know we’ve been warned to brace ourselves for Gausman not returning. I am not braced. I am in denial until he signs somewhere else.

Meanwhile, on Monday the Giants did announce that they re-signed Anthony DeSclafani, a/k/a Disco, a/k/a T-bone, to a new three-year contract. The same day, there were rumors that they were hot on the trail of re-signing lefty Alex Wood and righty Alex Cobb, most recently with the Angels. But that was five days ago, and no word since about the pair of Alex’s for the rotation. As another Alex (Pavlovic) put it on this week’s podcast, when Jeff Passan or Ken Rosenthal break news, you should pay more attention to it than whatever the team says, and it was Passan who had some details about this on Monday.

Left-hander Alex Wood and the San Francisco Giants are finalizing a two-year contract worth north of $10 million a season, sources familiar with the agreement tell ESPN. First on the scene with the talks was @ByRobertMurray.

If Passan’s info is accurate, this is an impressive track record of pitchers rebuilding their value via one-year deals with the Giants.

If you're a pitcher looking to rebuild value on a one-deal deal, why on earth would you want to go anywhere else?

One explanation for the delay might be that the Wood and Cobb deals are on ice until the Giants can open 40-man roster space, perhaps by moving a couple of players. As the clock ticks away toward the expiration of the collective bargaining agreement on December 1, teams first have to tender contracts to their arbitration-eligible players by November 30 (that date was moved earlier because of the CBA situation). More on that below.

Free agent starter Marcus Stroman is a lively Twitter personality. I don’t follow him, but a lot of Giants Twitter folks keep re-tweeting him. This, together with the Gausman rumors, makes me wonder if the Giants are pursuing Stroman and making Gausman less of a priority. Or maybe they’re pursuing both and seeing which one breaks their way first. Did I mention the clock is ticking?

I can’t help thinking that the players’ wives are helping to drive this active Hot Stove season. As Pavlovic put it about DeSclafani, his wife might have explained to him that a done deal was more important to her than, say, holding out for $39 mil rather than the $36 mil he signed for. Gausman had this to say about his wife, Taylor: “My wife is a big planner. So she doesn’t necessarily like that we might not find out where we’re playing until maybe even the start of spring training. But I know that’s a possibility.” Remember that the Gausmans have a new baby plus a toddler. Finding housing and moving with two tiny children is stressful. (On the other hand, a nine-figure contract makes it easier to hire help for that.)

Personally, I’d be thrilled if the Giants finalized the deals with both Wood and Cobb and then signed one bigger-ticket pitcher (Gausman or Stroman or Gray or Ray). That would be a five-man rotation done and dusted, and they could keep pursuing trades and/or dented tomato can deals to build more rotation depth.

So now we’re back to the need for some new right-handed hitters to fill the holes left by Buster Posey and Kris Bryant. Last week I noted that the Giants were named in rumors for all the big right-handed free agents–but no pitchers yet. By Monday, if the rumors are accurate, they had efficiently taken care of 80% of the rotation in deals with DeSclafani, Wood, and Cobb. But there hasn’t been another word about negotiations with hitters. Meanwhile, one of the names, Marte, is now off the board. Most of the other bigger free agent signings so far have been pitchers, not hitters, so it will be interesting to see if any of that changes by/before Wednesday.

As we have previously reported, the Giants have seven arbitration-eligible players to decide upon by the new Tuesday deadline. It was eight, but Alex Dickerson was already DFA’d to make room to DeSclafani. Apparently the Giants are worried about having too many Alex’s or don’t really like cheese steaks or something. (The rumor that one of their promotions next year is a giveaway of stuffed giant bunnies in honor of Alex the bunny turned out to be false.)

Seriously, though, best wishes to Dickerson, Good Giant. He was the spark that helped turn around the summer of 2019 and made Bruce Bochy’s last season much less of a bummer than it might have been otherwise.

I can’t wait for all of Oracle Park to do this Alex Dickerson chant. It’s going to be magical. https://t.co/RZDrOb0pA0

The seven remaining arb-eligible players are Curt Casali, Mike Yastrzemski, Austin Slater, Jarlin Garcia, Darin Ruf, Dominic Leone, and John Brebbia. Of those, only Brebbia seems like a non-tender candidate, and like Dickerson, he might not even make it to Tuesday still on the Giants’ 40-man roster.

I was having trouble falling asleep the other night, so instead of counting sheep, I counted roster options. Here’s what I came up with:

Note: I’m not saying that the above roster is the end product, and I know it adds up to 25, not 26 (I’m assuming they’ll have six infielders). I don’t think it will be. I think at least one of those outfielders is going to be swapped out when the Giants sign a free agent right-handed hitter, and I can’t rule out that they’ll sign someone to play 2B, either. Those names are placeholders for now (well, some of them, anyway).

So there’s a lot that might happen over the next few days–free agent signings, arbitration offers, DFAs, maybe even trades. The odd thing is that by this time next week, when I do my next column, I’ll likely have nothing to write about. (Hall of Fame balloting, anyone?) But for the next few days, I’ll be refreshing Twitter a lot, and of course, we’ll keep you posted on all the breaking news here at TWG. Enjoy the rest of your weekend, all. Lefty out.