Tidings of Conforto and Festivus Joy 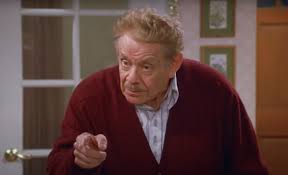 You know, I worked especially hard on last week’s Out of Left Field. I started it on Thursday and put extra hours into it, finally publishing on Saturday morning. It seemed important to mark what looked like a “transformational moment” for the Giants’ organization, worth some additional time and thought.

What a difference a week makes. If I knew how to go back and delete the damn thing, I absolutely would. But maybe it’s good for the historical record. Or something.

Today, December 23, is Festivus, and as Frank Costanza said on the “Seinfeld” episode that created this holiday, “The tradition of Festivus begins with the Airing of Grievances.”

So…here come some grievances. Over the last few days, since the Carlos Correa press conference was postponed and then we all woke up Wednesday morning to the shocking news that he was signing with the Mets and NOT the Giants, I’ve read many local and national articles and listened to various interviews and podcasts to try to make sense of it all. The picture of what happened is becoming clearer, so let’s review what we know.

So that’s what we know. There are a bunch of things we don’t know, but the two most important questions are these: (1) Who is responsible for this fiasco–ownership, Zaidi, or all of them together? and (2) Where do the Giants go from here?

Here are my thoughts about those two questions; take them for what they’re worth (two cents?).

One of two narratives is true. One is that ownership called the shots and completely undermined Zaidi, leaving him to be the face of a humiliating debacle and setting him up for failure in 2023. The other is that Zaidi, who has shown over and over how risk-averse he is, is actually to blame for this mess–he suggested as much when he told the players and coaches that he “takes responsibility” for what happened with Correa. Either explanation argues for Zaidi already being doomed to failure. The first suggests that ownership doesn’t have confidence in Zaidi and will not give him the resources or freedom to be successful. The second suggests that he is completely inept and awful at communication and consideration for the principals involved (including but not limited to Correa, Crawford, and his own new GM, Putila, who certainly must have vouched and argued for the signing).

I’ve seen the argument here that the “industry” values and respects Zaidi…but to what extent is that still true? Obviously the Correa disaster is the worst of it, but there’s also the failed pursuit of Judge, which wasted time and again painted the Giants as bridesmaids and losers. Judge’s comments at his press conference yesterday made it clear that it was always New York for him, meaning either that Zaidi lied when he said that Judge’s side engaged with the Giants “in good faith” or that he was completely duped by Judge and his agent, who clearly played the Giants to get the best offer from the Yankees. I’m not sure which version–lying or duped–I feel worse about. And then he failed to get any other top free agents to sign with the Giants, resorting instead to second- and third-tier guys with injury warts (oh, the irony!) and team-unfriendly opt-out deals. Greg Johnson and Zaidi himself set the expectations for this offseason–and they failed, spectacularly and very publicly. Everyone around MLB knows this. Is Zaidi still some genius boy wonder in the view of others? I have my doubts.

But honestly, I don’t care. If it’s true that “some other team would hire Zaidi in five minutes”–well, good. Let them. And whom would we get instead? Well, that part’s easy. Just promote the guy you already have under contract, Putila. Or hire the unemployed GM who just helped the Astros win the World Series. The important thing is that Zaidi needs to go. The organization will not be able to make productive changes and attract free agents with him at the helm. This is known already–we’ve just watched it all unfold in gruesome detail this week.

The Organization Needs a Change of Direction

Ideally, Zaidi would quit or be fired before the holidays are over so that someone (Putila?) could actually get a running head start on 2023 and beyond. Get rid of the stupid roster churning and dumpster diving and actually commit to your own minor leaguers rather than just grabbing and promoting everyone else’s cast-offs. Cases in point: David Villar was having a great season in AAA, and the Giants dragged their heels on promoting him, instead churning through the Kevin Padlos, Mike Fords, and Donnie Waltons of the world (plus about 27 other guys I’ve forgotten already). Isan Diaz was raking in Sacramento all summer, but when both Crawford and Thairo Estrada went down with injuries, they went and got some guy from the Cubs’ AAA team (I’ve forgotten his name, but it had an “x” in it) instead of promoting Diaz–and then dumped the random guy a week or two later. We’ve seen this over and over and over in the last few years.

Well, here we are. There is no quick fix from free agency, and even the “sorta” fixes they got have opt-outs, so…more churning. The only hope for this floundering organization is to commit and invest in the farm system and in their own prospects. I want to see David Villar playing third base on Opening Day. I want Casey Schmitt and Kyle Harrison to be aggressively promoted; same with Vaun Brown, Grant McCray, Mason Black, and Carson Whisenhunt. Marco Luciano and Luis Matos are on the 40-man roster, so tick, tick, tick. Don’t be wimpy about moving them along, either.

So invest in and commit to our own prospects. And get more of them. Come July, I want to see the Giants trading everything not nailed down for more prospects. The whole rotation except for Webb. Pederson and Conforto. Anyone who’s having a good year, especially if they’re a rental, should be out the door before my birthday on August 1.

Oh, and EXTEND LOGAN WEBB. They can certainly afford to do so. That would show some good faith both to the players and the fans. The Giants have always been known for rewarding their own homegrown stars. At least they used to be. It’s Webb’s turn and there’s no excuse not to get that done.

So–new leadership, hopefully from a guy who’s built his career in an organization full of homegrown stars. A new philosophy that prioritizes player development and not waiver claims and platooning. Gabe Kapler and his coaching staff might be a great fit with Putila, given Kapler’s shared background in player development. Get Zaidi out and shake things up, including the scouting and drafting departments.

A few days ago, when we still thought Correa was going to be the new face of the franchise, we were talking about how Michael Conforto and Taylor Rogers could be good additions to round out the offseason. I don’t know what it is with the Giants only doing things, good or bad, in the middle of the night, but I woke up today to the Conforto news, and the Taylor Rogers news followed shortly thereafter. I’m fine with these signings, but they’re cold “comfort” (what “conforto” means in English) after the cataclysmic shock of this week’s events.

Conforto is a corner outfielder (can play CF but probably shouldn’t) who hits lefty. He’s a good hitter (career OPS+ of 124) with an excellent career OBP (.356) and a lot of pop (three straight seasons of 27+ homers with a high of 33 in 2019). He was an All-Star with the Mets in 2017. Despite a disappointing 2021 season, the Mets gave him a qualifying offer, which he declined, and that made teams skittish about signing him before last year’s lockout…and then he injured his shoulder in January and never played at all after having surgery. His bat should help the Giants; his defense is somewhat better than what the Giants had last year. (MrLefty asked me if the Giants’ outfield defense would be better with Conforto and Haniger, and I paused and said, “Well, it should be…less bad.” That’s not the same as “good,” though.)

I’d be more excited about landing Conforto if it weren’t for the opt-out after one year. If you’ve lost track, that means four of the five free agents the Giants have signed have opt-outs in their contracts (everyone but Rogers, and Haniger’s is after two years, not one). But this means that this time next year, the Giants may be trying to replace Conforto, Manaea, Stripling, and Pederson, not to mention other contracts (Wood, Crawford) that end after next season. In other words, these free agent signings mean that the Giants are just flailing around to field a team for 2023, not that they’re trying to build anything of substance that will last. It’s just marking time.

In contrast, the Taylor Rogers signing is a feel-good story that not only reunites twin brothers but also is a really good fit. The Giants wanted an experienced closer to share duties with Camilo Doval, a prized young arm who was used heavily last year. Rogers is a lefty with lots of closing experience; he was an All-Star with the Twins in 2021. And, thankfully, there’s no word of an opt-out in his three-year contract, so as of right now, Taylor Rogers is the only player under contract for 2025.

Little did I know when I wrote last week’s column that  the Giants’ epic disaster with Carlos Correa would indeed be a “transformational moment”–one that changed a good offseason to a terrible one, hope to despair, and worst of all completely decimated the Giants’ reputation as a class organization that treats people right.

It takes 20 years to build a reputation and five minutes to ruin it. If you think about that, you’ll do things differently.–Warren Buffett

As I see it, the only path forward, the only way back to being a respectable organization again and not an embarrassment involves a housecleaning and some new ideas. We will see if, how, and when that happens.

Until then, Happy Festivus, Merry Christmas, Happy Hanukkah, Happy Kwanzaa–or just have a nice weekend, and go Niners (or “9ers,” in honor of the late great Reno Jim)!  Lefty out.