Was the Sabean/Evans Era a Success? 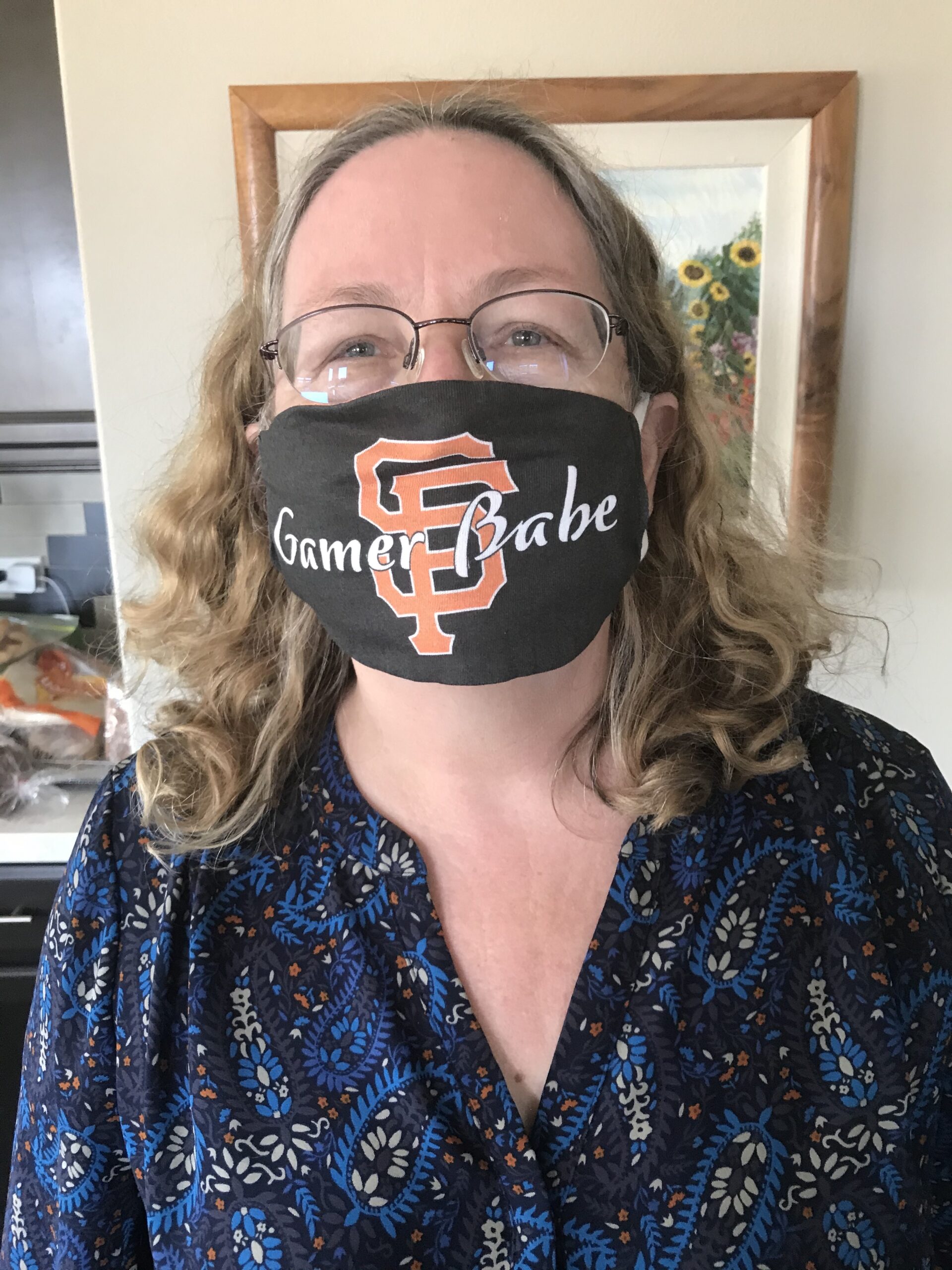 I know a lot of the sports-starved U.S. world has actually been watching Korean or Taiwanese baseball in the middle of the night or even replayed the next day, but I honestly can’t get into it. Partly it’s because I’m still very busy at work, need my sleep, and don’t have time, but mainly it’s because I miss Giants baseball, and MLB baseball, not just “baseball in any form it comes.”

I do, however, find some temporary amusement by making time for the Friday night sim games “called” by Kruke and Kuip (aired 7-8 p.m. on NBCS-BA). I had my suspicions about how rigged they were (the Giants won the first three Orange Friday games I saw), but last night, the Sim Giants lost 4-2 in ten innings to the Sim White Sox. So maybe they are, um, legit. It doesn’t look like they’ve posted the K & K version of last night’s game yet, but here’s the link to the YouTubes that have been posted thus far.

Just for jollies, these were the starting lineups. Good news–the Giants were 20-17 going into last night’s game!

As you can see, the middle of the order (Posey, Pence, Flores, Belt) is doing pretty well, but the top and the bottom of the order not so much. Longo–yeeeesh. Gausman is having a pretty good year, and he pitched well last night. It was Rule 5 Guy Dany Jimenez who got torched by back-to-back homers in the top of the tenth to lose it.

The Sabean/Evans era and the “inevitability” of rebuilding

Andrew Baggarly posted a Giants fan survey in his column in The Athletic last week (in my last post, I talked about the podcast he and Grant Brisbee did in which they discussed their own answers to some of the questions), and this week, he published an article discussing the results. There were over 1400 responses, which is a pretty decent sample size.

There’s a lot to chew on, but two consecutive questions (8-9 on the survey) struck me as interesting. The first asked about the fans’ view of the composite performance of former general managers Brian Sabean and Bobby Evans.

Seventy-three percent rated Sabean/Evans’ performance 8 or higher. This is not surprising when you consider the three rings, four pennants, etc. But the next question allows some room to quibble, and Baggarly does.

A lot of fans have been somewhat browbeaten/shamed/brainwashed into accepting the concept that the sucky last three seasons the Giants have had (with no real end in sight) are the price we have to pay for the three championships over the last decade. The social media dialogue goes something like this:

Disgruntled fan: Why didn’t the Giants sign any good free agents? Why did they let Bumgarner walk? Why have they been so awful?

Other, smug fan (or beat writer): This is what a rebuild looks like, you entitled/spoiled/stupid bad fan. What goes up must come down.

OK, but…is that really true? Maybe it’s true if you’re the Pittsburgh Pirates with a smaller market and more limited resources. Is it true for a well-heeled franchise like the Giants?

Baggarly questions the assumption, saying this:

It’s one thing to demonstrate patience through a rebuilding process. It’s another to acknowledge that the rebuilding process was unavoidable. The Giants aren’t the Kansas City Royals or the A’s, who must constantly churn through players because they cannot afford to lock down every star that comes out of their minor-league system. Given the Giants’ revenue streams and financial strength over the past two decades, one could argue that there’s no reason they couldn’t have remained on par with the Dodgers in the NL West if they had continued drafting and developing players — or not tying up a quarter of a billion dollars in one offseason in Jeff Samardzija and Johnny Cueto.

OK, let’s take the Dodgers. They were sold to new owners during the 2012 season. That was the last season they didn’t make the playoffs, and they were competitive for most of that year, fueled among other things by blockbuster trades for Hanley Ramirez and Adrian Gonzalez. In 2013-15 or so, they were “the best team money could buy” (the title of Molly Knight’s book about the 2013-14 Dodgers). Since then, they’ve been “the best team smarts and savvy could build.” The new owners had a two-step plan. First, sink lots of money into talent as a short-term fix to keep the fans engaged. Meanwhile, draft, develop, and trade brilliantly to build a long-term, sustainable pipeline of low-cost, homegrown talent. They worked their plan and the Dodgers have a streak of seven straight NL West titles and two NL pennants to show for it–and arguably had at least one if not two World Series championships stolen from them by their cheating opponents. But I digress.

Let’s take the Yankees, too. The last time the Yankees finished under .500, they drafted Derek Jeter the next year. Derek Jeter now owns the Miami Marlins and is about to be inducted into the Hall of Fame, so that’s…a long time ago. Or the Cardinals, operating under more modest circumstances, who always seem to be competitive. The Cardinals have finished under .500 exactly once in this century, and that was back in 2007 (hmmm, World Series hangover like the Giants in 2013?).

So…yeah. It is not “inevitable” that a team’s success must be followed by a penitential period of suckitude.

Returning to (ugh) the Dodgers, I’d say the Giants’ problem since the last championship in 2014 is that they did Step One of the Dodgers’ plan–throwing money at the roster to try to keep the team on the field interesting (Cueto, Samardzija, Melancon, Longoria, McCutchen)–but without committing to Step Two. I’m not exactly sure why the Giants’ drafting and development has been so dreadful over the last decade, but there is no question that it’s been terrible by every metric and eye test you can imagine. (Case in point: Amy G did an interview with Joe Panik, discussed in an Alex Pavlovic article this week. Here was a first-round draft pick who became a World Series hero and then an All-Star, who fizzled out so badly that he was DFA’d last August to make room for–seriously–Scooter Gennett, who lasted about three weeks with the Giants. And Panik is arguably the biggest success story to date of any Giants’ draft pick in the 2010s, at least until the Bart/Ramos/Bishop [BRB] era begins.)

So what does that all say about the Sabean/Evans era?  Going back to the beginning, Sabean was hired as GM at the end of the (really bad) 1996 season. He served as GM from 1997-2014. Evans took over before the 2015 season and was fired near the end of the 2018 season. So taking the two tenures together, that’s 21 years. In that period, the Giants won three World Series championships, four NL pennants, five NL West titles, and three Wild Card berths. They also built and opened a gorgeous new ballpark and made buckets of money.

I think two things can be true at the same time. The Sabean/Evans era had some great moments, unforgettable ones. And they could have done better, year in and year out, in building a sustainably competitive organization.

There should be more baseball to talk about in the coming weeks as we here about return-to-play ideas and as the (shortened) draft gets closer. Hang in there, Happy Mother’s Day to the TWG Mama Bears, and the rest of you–call your moms if you still have them. Lefty out.