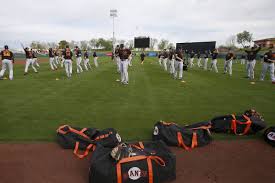 Today is February 1 and my half-birthday. Now, normally I don’t care about this, but on this particular year, my half-birthday means that I now can officially raid my IRA without a penalty from the IRS. Party at Lefty’s house!

Hahahaha. I’m not really raiding my IRA, but this is a good beginning to February. It’s Super Bowl weekend, and diehard baseball fans always declare it to be officially baseball season the minute the Super Bowl ends. But better than that, the 49ers are playing in the Super Bowl!  This does, however, create some logistical issues that I don’t typically have on Super Bowl Sunday. Normally, I’m just watching for the commercials.

One of my colleagues at work is a diehard 49ers fan; his family has had season tickets since back in the 1940s or so. He’s not sure he’s happy about a Super Bowl appearance in which the Niners are underdogs. “I don’t want to be 5-2,” he grumbled. This hadn’t occurred to me. I think it’s “super” cool just to be there.  Nor am I at all convinced that the Niners have no chance. They’re very, very good.

The Giants pitchers and catchers report to Scottsdale on February 12 and position players by Feb. 17, and there’s been a bit more movement this week as to who will actually be there. We know that those players will not include Nicholas Castellanos, who signed with the Reds this week, or Starling Marte, whom the Pirates traded to the Diamondbacks. The only free agent outfielders of note left on the market are Kevin Pillar(!) and…Yasiel Puig.  Back to the outfielders in a minute.

The Giants did add a few non-outfield pieces this week. Most notably, Pablo Sandoval was signed to a minor league deal and will be in camp, competing for a bench role. Greek Giant covered that one already.  The Giants also managed to sign the reigning AL Gold Glove winner at second base, Yolmer Carlos Sanchez, to a minor league deal with a spring training invitation. This is intriguing both in terms of what it might mean for the Giants’ roster, but it’s also a bit surprising that Sanchez would take a minor league deal. He reportedly had major league offers but felt he had a better shot at an everyday role with the Giants. Sanchez is a Gold Glove 2B who can also play third.  He’s a switch-hitter who’s a bit better from the left side. This signing allows him to play 2B or back up Longoria at 3B. That in turn allows Mauricio Dubon to play 2B, SS, or even the outfield.

Brandon Crawford was reportedly “shocked” that the Giants could get a Gold Glove winner on a minor league deal, but he looks forward to having a strong defensive infield.

“Whether it’s [Sanchez] or Dubon or Solano or whoever else we put out there — I think they’ve all shown some pretty good defensive skills,” Crawford said. “I’m excited to work with whoever it is.”

It doesn’t appear to have occurred to Crawford that one implication of this signing is that he could be replaced, or that his role could be minimized. Here’s what Andrew Baggarly had to say about the addition of Sanchez.

Sanchez also won a Gold Glove. He’s a switch hitter. He’s only 27. The Giants saw an opportunity to sign a player with a premium defensive skillset to a minor-league contract. They saw an opportunity to sign a player with major-league service time to provide competition to Mauricio Dubón while potentially freeing him up to play shortstop or the outfield. They learned from the mistakes of the previous regime, which went nearly a decade without generating a whiff of competition or pressure to push Brandon Crawford a bit.

Baggarly then goes on to say that the Giants think Sanchez has offensive upside potential that can be unlocked, citing in particular his offseason work with one of the new Giants hitting coaches, Justin Viele.  We’ll see about that, but it’s hard to argue with the proposition that whatever the specific configuration(s) turn out to be, the Giants should have an excellent defensive infield. And that’s not a bad thing.

B-but what about the OUTFIELD?!

Well, the Giants could have a pretty good defensive outfield, too. Heck, maybe Dubon is going to win a Gold Glove in center field. We know that Steven Duggar is considered elite defensively. Mike Yastrzemski was sneaky-good as a defensive outfielder, too–he amassed eight Defensive Runs Saved while playing just over 800 innings at all three positions. Interestingly, he was far more impressive in right field than anywhere else (seven of his eight DRS were acquired in RF, though he played more innings in LF).  Even Alex Dickerson, bad back, lumbering build and all, held his own defensively.

But that’s not really what we’re thinking about. We’re wondering how one of the worst offenses in the majors in 2019 is going to improve, especially without its RBI leader and home run co-leader (Pillar).  And…there’s no real answer to that one, unless we really believe that young(er) guys like Jaylin Davis, Chris Shaw, or Austin Slater are going to emerge or that the new trio of hitting coaches is going to fix Posey, Crawford, and Belt.

John Shea had an article in the Chronicle the other day about how Farhan Zaidi “expects deals for 1 or 2 outfielders before spring training,” and this led to a chippy discussion here about how we heard that last year and then all we got was ____ (fill in the names of the 2019 Opening Day corner outfielders). Let’s just say that we should keep our expectations low.

A couple of other baseball/Giants items, in no particular order:

OK, this is kind of funny. Kind of.