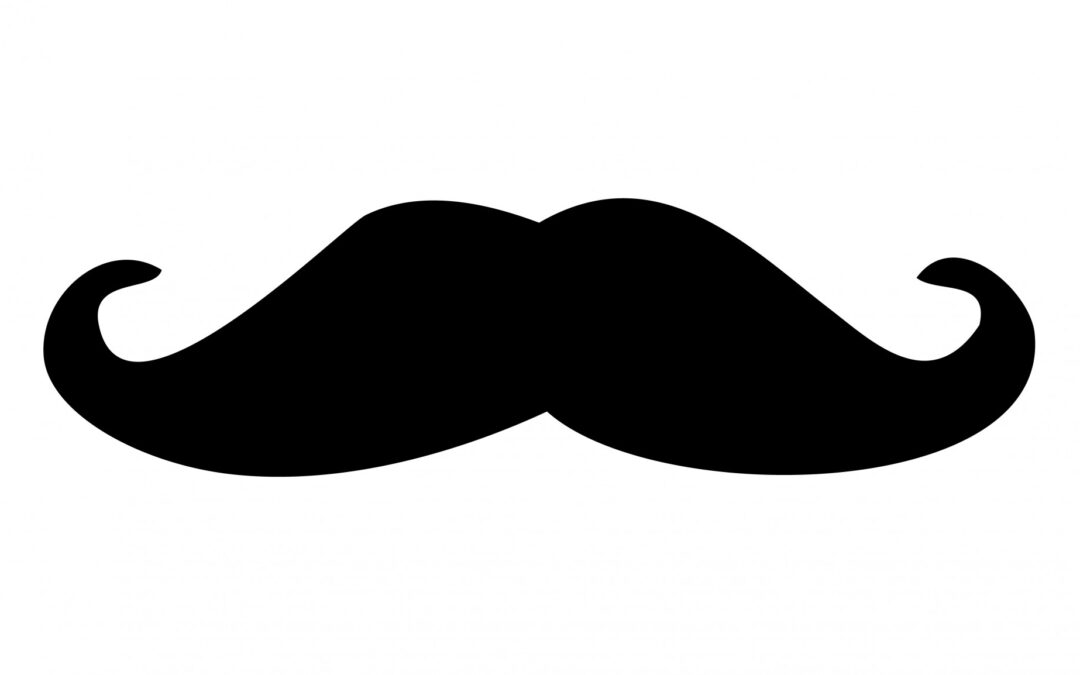 I honestly did not know that this was a thing. I’ve heard of “Dry January.” I’ve heard of “Nanowrimo” in November. I did not know, until Austin Slater and Mike Yastrzemski showed up to last night’s Giants game sporting twin mustaches, that “Mustache May” was an actual thing that people do.

But it is. And I like it. More than once, I’ve been struck by some similarities between the 2010 Giants and the current 2021 iteration. Aging vets? Check. More homers than you thought? Check. Great starting pitching? Check. Excellent defense that defies the “aging vets” thing? Check.

Around July of that year, the “Fear the Beard” phenomenon took off. Closer Brian Wilson suddenly sported a bushy black beard (despite having light brown hair and blue eyes), and the other relievers followed suit. By October, we had “Fear the Beard” signs and fake beards in the stands at both home and road ballparks. Even President Obama, when the Giants made their first of three visits to the White House, soberly told Wilson that “I do fear” the Beard.

So if the 2010 relievers could all grow scary-looking beards, why can’t the 2021 outfielders start growing ridiculous looking ‘staches?

Apparently Yaz and Slater started doing this a couple of years ago in AAA. From Alex Pavlovic’s gamer:

Austin Slater and Mike Yastrzemski are proudly participating in “Mustache May,” a tradition they started in the minor leagues in 2019 when teammate Zach Green left a caterpillar above his upper lip and promptly caught fire at the plate. The early returns are promising.

Slater, of course, hit what turned out to be the winning run, an opposite field homer, to break a 4-4 tie in the bottom of the seventh inning. Yaz ran down a Manny Machado ball that could have been a triple to right center, causing Tyler Rogers to visibly breathe a sigh of relief in the top of the eighth inning.

I think it could be fun if TWG had a Mustache May contest. You men could grow ‘staches and submit photos. They have to be of you, though. Photos of Tom Selleck or Rollie Fingers will be disqualified. Since mustaches don’t look good on women, I could be the judge.

Buster with an opposite field home run 💪 pic.twitter.com/cgnhuODtRX

In all, it was a feel-good game on the night the Giants celebrated Willie Mays’s 90th birthday, and thanks to a generous final strike call by the home plate umpire (or a great sell job by Posey, you choose), they got Willie a win, just as they did on his 80th.

The (very) good news: The Giants are in first place in the NL West, leading the Padres and Dodgers by 1.5 and 2.5 games respectively. They have the second-best record in baseball behind the also-surprising Boston Red Sox. Thanks to the Angels stomping on the Dodgers last night, the Giants also have the best run differential in the NL at +31.

In other good news, the offense, bolstered at least somewhat by the trip to Coors Field, is slowly coming around. A few weeks ago, the Giants were near the bottom of MLB in almost every category except, oddly, home runs. As of today, they are:

They are only 15th in runs scored, but because of their overall excellent pitching, they still have that +31 run differential. Other offensive stats are still lagging because of the low team batting average (OBP, OPS), and they strike out too much (10th most in MLB). But it’s still moving in the right direction, and bear in mind they’ve been playing guys up from AAA (Duggar, Vosler) and obtained from the Yankees (Tauchman), while regulars such as Solano, Yaz, La Stella, and now Dickerson have been on the IL. Wilmer Flores left last night’s game with lower back tightness, and Belt, Posey, Longoria, and Crawford have all missed games due to various minor ailments.

The not-so-good news: The Giants lost a winnable series at Coors Field this week against a very bad Rockies team. This didn’t sting as much as it might have otherwise because the Dodgers have been in an amazing free fall–they were swept at Wrigley this week, were pounded by the Angels last night, and now have gone 4-14 after opening the season 13-2.

The bullpen is clearly a problem, and as Grant Brisbee pointed out in a thoughtful piece this week, there are no easy answers as to how to fix it. The options range from “do nothing” and “juggle roles” to “keep bringing guys up from AAA and hope something clicks.” Last night was a combo of the first two. Rogers in the eighth and McGee in the ninth with a one-run lead looked like “do nothing,” except when you realize that Rogers, who has by far been the most reliable reliever this year, was brought in to face Machado, Hosmer, and Myers, the heart of the order. If, for example, the Padres had the 8-9-1 hitters coming up in the eighth inning, might Kapler have brought in McGee and saved Rogers for the tougher hitters in the ninth (“juggle roles”)? Maybe.

Reality check: The bullpen is a problem. It is NOT good. Here are the cold, hard facts:

Now, I am cherrypicking a little bit. There are other bullpen stats such as batting average against, walks, and WHIP in which the Giants are middle of the pack or even in the top half. But there is no stat by which the Giants’ bullpen could really be called good, unless you count that they have the second-most saves (but also the second-most blown saves).

This week on TWG has reminded me of a dynamic we had on the blog years ago when the Giants were reliably good and winning championships. When the Giants are going well, some commenters don’t want to hear a word of criticism about anything, even if it’s warranted. It’s understandable, especially after a few years of wandering in the wilderness, to want to just enjoy what’s happening now.

At the same time, equally passionate fans can both enjoy the team’s success and want it to continue–so they point out ways the team can improve. It doesn’t make either group of people bad fans. Let’s respect each other’s right to express themselves and not cross the line into personal attacks when someone says something you don’t like (or just don’t want to hear at that moment). You can always scroll on past.

This is a pitching rematch of last Sunday’s game in San Diego, and hopefully it turns out as well as that one did.

Happy Mustache May. In honor of the Dodgers’ week, I’ll let the great Tom Petty wrap this up. Lefty out.