Welcome to the Offseason 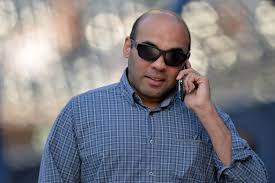 One of the stranger World Series I can remember ended on Wednesday, October 30. Anyway, congrats to the Nationals and especially to #ForeverGiant Hunter Strickland who, improbably, has won TWO World Series rings with different teams. You can read more about the Nationals’ quirky against-the-trends win in Greek Giant’s most recent post.

We are now fully in offseason mode. Let’s review where things are with the Giants.

Although the Giants have known since February that they would be looking for a new manager after the season, they are now one of the last two teams (out of an original eight) to hire one. This week the Royals made it official that Mike Matheny will be their new manager, and yesterday the Mets announced the hire of Carlos Beltran. To review what’s happened thus far:

As I noted in last week’s post, several teams have flipped strategies entirely. The Cubs went from a grizzled veteran manager to a newbie. The Phillies did the exact opposite. The Angels, after a year of Brad Ausmus, went old school again, going back to their own roots by hiring Joe Maddon, who worked for many years under their longtime manager Mike Scioscia.

What will the Giants do? If patterns hold, they’d go for a younger newbie, since they’re replacing an established veteran. From what we’ve heard, the current short list includes three names: Astros’ bench coach Joe Espada (44), former Phillies manager Gabe Kapler (44), and Royals’ quality control coach Pedro Grifol (49). (There were also some recent rumors about an interview for former A’s manager and current Dodgers bench coach Bob Geren, but apparently he did not make the final cut.)

The Giants reportedly told their own coaches several weeks ago that they were free to seek opportunities elsewhere, and bullpen coach Matt Herges has done just that, accepting a position as the Diamondbacks’ pitching coach. Herges is a Scottsdale resident, so this is both a promotion and a homecoming for him. The Giants’ bullpen was the clear strength of the 2019 team, and Herges did a good job in his two years there and earned a chance to move up the ranks.

That’s happy news for Herges, but it’s a sad story at the moment for longtime coaches Ron Wotus and Hensley Meulens, both of whom interviewed for the Giants’ position but did not become finalists. There were reports that Meulens was considering a position with the Marlins, maybe as hitting coach (his old job with the Giants before becoming their bench coach in 2018). I’m not sure what it says about the Giants as an organization that their longtime coaches, who contributed so substantially to three titles this decade, have so much trouble finding better opportunities elsewhere. It’s not exactly a “Popovich pipeline” or even an Astros pipeline. To me, if you’re a great organization, other teams should be lining up to steal your coaches and your assistant GMs and so forth, and then other great younger options should be lining up to work for you. So far, other than Herges and David Bell last year, there haven’t been notable examples of Giants’ personnel jumping ship for better things.

As of Thursday morning, all eligible players automatically became free agents. This means (hat-tip to Henry Schulman) that for the first time since 2007, Madison Bumgarner is not an employee of the San Francisco Giants. Also on the free agent market are Stephen Vogt, Will Smith, and Pablo Sandoval, whose 2020 team option was, amazingly enough, not picked up by the Boston Red Sox. The players’ current clubs have a five-day window to negotiate a new deal before they can sign elsewhere, but no one expects that in the case of any of the Giants’ free agents.

On Monday, qualifying offers can be made to free agents. Bumgarner will certainly receive one, and some observers believe that Will Smith will get one, too. The qualifying offer amount will be $17.8 million this year, a slight decrease over last year. Players have ten days to accept or reject the QO. Here’s a list of the “certain” QO players around the league (includes Bumgarner) and the likely ones (includes Smith).

Also today, players and teams can pick up or decline options. The most notable Giants-related decision is for Tony Watson, who can use his player option to become a free agent. Again, most observers seem to think that he will do so, but I think it could go either way. Watson likely remembers how he didn’t get his job with the Giants until after camps had opened in 2018, even after a good year that included pitching well in the World Series for the Dodgers. Watson also has some nice escalators in his contract where he could make decent money staying with the Giants next year, and if Smith leaves, he’d probably be first in line to be the closer, having served in that role with the Pirates after Mark Melancon was traded in 2016. Anyway, we’ll know about Watson before today is over.

Finally, Zaidi made his first (of many) waiver-wire moves on Wednesday, claiming Rockies lefty Tyler Anderson and designating #ForeverGiant Kyle Barraclough to make room for Anderson. Anderson, who will turn 30 in December, had one very good year with the Rockies, two league-average years, and an injury-shortened bad year in 2019. Anderson is controllable for two years, though, so he’s a decent low-cost flyer at this point. However, he’s arbitration-eligible this year, so don’t go out and buy his jersey just yet (though I guess you could say it’s for Shaun Anderson). Tyler Anderson could well be churned before November is out.

All was not lost for ol’ Bearclaw, though. Despite being DFA’d on Wednesday, he also won a World Series ring that night!

In other #ForeverGiants news, the Mets DFA’d Joe Panik, who is now a free agent. Panik would have been due to make $5 mil in arbitration this winter, so it’s not too surprising that the Mets didn’t want a part of that. I’d guess Panik will catch on somewhere with a minor league deal and an invitation to spring training.

Grant Brisbee had a pretty good position-by-position rundown in his most recent column for The Athletic, concluding that the Giants are most likely to pursue and add, in this order, 1-2 starting pitchers, an outfielder, a right-handed hitting second baseman, and a couple of middle relievers for bullpen depth. Most of those are pretty obvious guesses. While “right-handed second baseman” might sound surprising given the emergence of Mauricio Dubon, Brisbee is guessing that Dubon will play shortstop instead of Brandon Crawford against lefties and thus that they will need a righty backup for second base on those days. He targeted Wilmer Flores, who was just DFA’d by the Diamondbacks (and is one of those random Giant-killers), but he seemed to have forgotten the existence of Donovan Solano.

In a less useful Athletic rundown (of the entire National League), the author said this about the Giants:

Now that Bruce Bochy and Madison Bumgarner are gone, it’s time for the Giants and president of baseball operations Farhan Zaidi, whose one-year anniversary on the job will arrive later this month, to start rebuilding in earnest. The Giants had the fourth-worst farm system in baseball coming into the 2019 season, per Baseball Prospectus. Their on-field results have been lousy for the last three years. The last three veterans left over from their championship heyday — Buster Posey, Brandon Crawford and Brandon Belt — are in obvious decline, as is third baseman Evan Longoria, the oldest of the bunch. Their exciting young rookies are neither that young nor that exciting. Dereck Rodríguez, 2018’s breakout tyro, was sub-replacement level in 2019 and will turn 28 in June. This year’s phenom, Hall of Fame grandson Mike Yastrzemski, is already 29. There’s no future, or present, for that matter, on this roster. The Giants need to seize upon any spike in performance or outside interest to try to flip veterans, or even superannuated rookies like Yastrzemski, for players who might actually contribute to the next winning Giants team. Due to poor performance, high salaries, and no-trade clauses, it won’t be as easy as it sounds, but the time has come to tear it all down and start over.

Targets: A top-five pick in the 2021 draft, teams looking to buy a bridge shark

So first of all, let’s note some glaring inaccuracies:

…and some uninformed/out-of-date points. The Giants’ farm system was bottom five at the beginning of the season (as noted here) but by the end was upper-half (#13-15, depending which ranking you use). The author correctly notes the bad seasons of Belt, Crawford, and Posey, but he lazily lumped Longoria in there. (Longoria was league average in OPS+ and wRC+ and well above average defensively. He had a 2.4 bWAR and a 2.0 fWAR. That’s not All-Star caliber, but it’s not washed-up, either.) He also suggests that all the Giants’ rookies are old (Yaz, age 29), overlooking 22-year-old Logan Webb, who’s one of the brighter spots of 2019 to watch in 2020. Clearly the author had a narrative and wasn’t going to let silly facts get in the way of it.

That said, I don’t necessarily disagree that the Giants should shun huge spending and try to trade assets for prospects. But “total teardown” doesn’t make much sense as a label–what do the Giants have to “tear down,” exactly? Their best players of 2019 are free agents already. Their declining pricey veterans have little-to-no market value. Maybe they could capitalize on Samardzija’s good 2019 and trade him, and maybe there’s someone who wants Belt, but really…this just has to play out for the next year or so. Prospects need to keep prospecting, Zaidi needs to keep dumpster-diving, and old players need to get closer to their contracts ending. Patience and looking for bright spots to entertain us (how ’bout those AAA champion River Cats?!) is the key for this offseason and for 2020.

For Halloween, Madison Bumgarner dressed up his basset hound as a 2015 National League All-Star, and Johnny Cueto dressed up as…wait for it…Steph Curry.  You do you, Johnny. Lefty out.

Hit up @JohnnyCueto if you need some buckets. @warriors pic.twitter.com/93yGnoFQUv