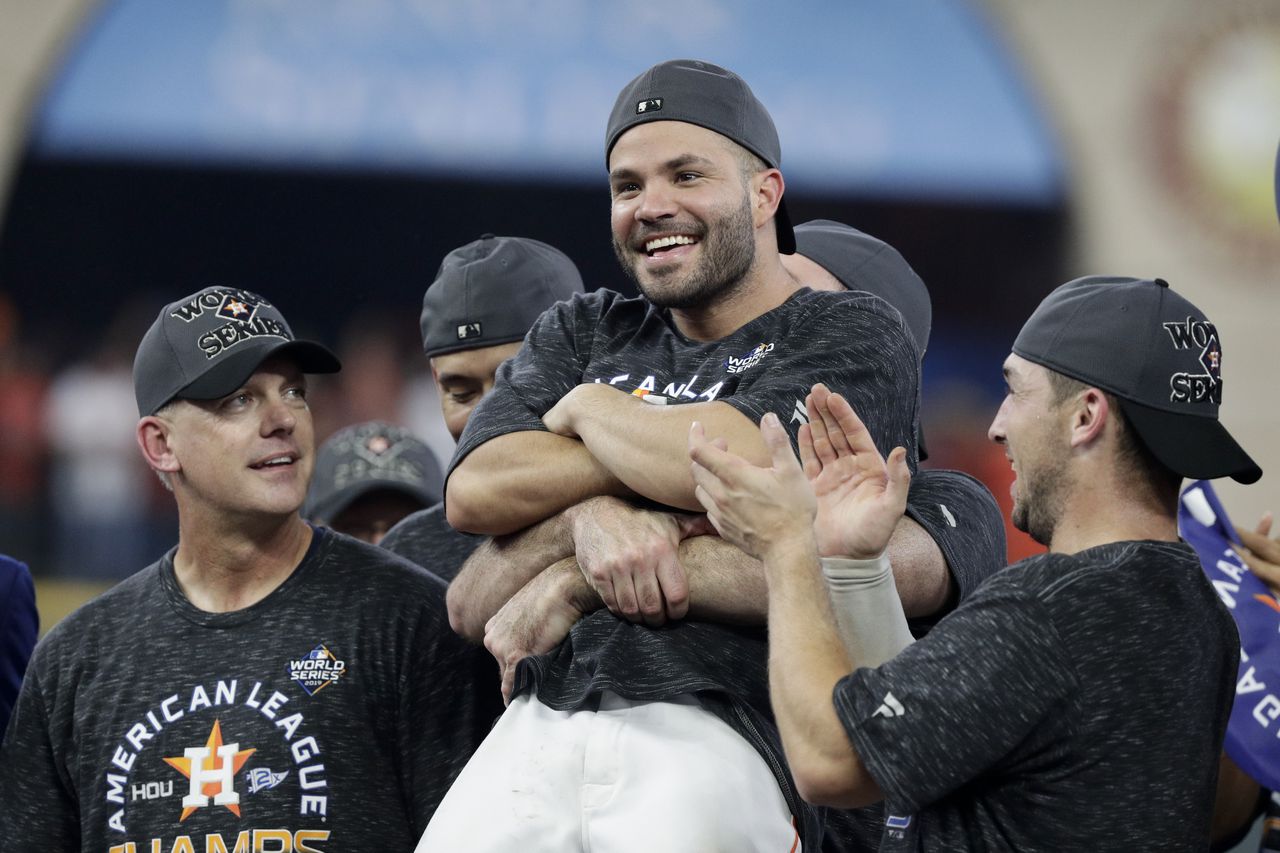 We’ll get to the Giants news, but let’s just get this out of the way. The Astros’ sign-stealing scandal is not just the biggest baseball news of this week. It’s up there in the top five of all stories in baseball history, along with the 1919 Black Sox, the BALCO/Mitchell Report/PEDs news of the 2000s, and the integration of MLB starting with Jackie Robinson in 1947.

This is worse, I’d say, than the PEDs scandal, which spread widely across individual players from every team. This was an orchestrated, planned, sustained effort by every single member of one team colluding to defraud the rest of baseball, their own fans, and the fans of the teams they victimized on the way to a *championship that they didn’t earn and don’t deserve to keep. It’s outrageous and very upsetting for any true baseball fan.

Since MLB announced the results of its investigation and the discipline imposed on the Astros, a lot has happened. Managers of three different teams have been fired in the fallout of the scandal. There is anger from other teams and players that the Astros got off too lightly. New accusations about even higher-tech methods used by star players have surfaced. And it’s not over yet because now MLB is turning its attention to the 2018 World Series champion Red Sox, who apparently used and abused the video replay room to cheat.

Maybe worst of all, Giants fans have to ask themselves if they actually feel sorry for the Dodgers, who watched two teams of cheaters celebrate on the field of Dodger Stadium at the end of the 2017 and 2018 World Series. I’ll admit it: As much as I hate the Dodgers–and I really, really do–I feel bad for them and their fans about this one. Imagine an alternate universe where the Texas Rangers cheated the Giants out of their first San Francisco championship in 2010 and then that disappointment led to the team being dismantled and no championships in 2012 or 2014, either. Then imagine we found out several years after the fact that the Giants maybe should have won in 2010 after all. The gut punch of losing in the first place (hello, 2002) is magnified by the realization that maybe you should have won after all.

There have been articles, think pieces, player tweets, and memes about it all this week. There’s even a Yankees minor league giveaway day planned in “honor” of the Astros and their scheme. You’ll recall that the Yankees lost to the Astros in the ALCS in both 2017 and 2019.

But this one wins Twitter and the Internet, in my opinion.

Everything You Need To Know About The Current State Of Major League Baseball As Told By Mean Girls pic.twitter.com/2HrKoY0yJc

Did MLB do enough? I’d say no. I understand the practical difficulties of disciplining individual players, but that’s why I think the 2017 championship should be stripped from the Astros and vacated–no winner that year. This has been done in collegiate and pro sports (most notably the Tour de France). That would be punishment for the whole team that fits the crime. They could no longer say that they’re World Series champions. Maybe they should also be required to return the rings and to donate whatever amount they got as World Series shares to charity. I thought Ryan Braun should have been stripped of his NL MVP award from 2011 when he was later busted for PEDs, and I think Jose Altuve should forfeit his 2017 AL MVP award. And if it comes out that any of this buzzer stuff is true, individual players should absolutely be disciplined.

Meanwhile, the Giants actually made some happy news

Another historic thing happened this week, and it was nice that it was our mostly sad sack Giants who were the trailblazers. The first woman in history was hired for a major league coaching staff. Her name is Alyssa Nakken, she played softball for Sacramento State (one of DrLefty’s alma maters), and she’s been working for the Giants in various capacities since 2014.

The #SFGiants and Alyssa Nakken made history today as Nakken is the first full-time female coach in MLB.

3-time All-Conference softball player at Sacramento State, worked in baseball ops with the Giants and has a master’s in sports management

Some cynicism has been expressed that maybe the Giants made this news to counteract the negative publicity they received in 2019 because of unpleasant news involving Larry Baer, Gabe Kapler, and Farhan Zaidi regarding the treatment of women. I cannot rule out that the Giants thought that being trailblazers by hiring Nakken would be a good move for the team’s image, but I don’t really care. It’s great for the sport that it happened.

The Giants also added Mark Hallberg to their major league coaching staff. If you’ve lost count, that’s now 13 coaches, and yes, that is the most in MLB. Hallberg was a teammate and roommate of Buster Posey at Florida State, and, as Andrew Baggarly discussed in a piece last August, he had a direct role in Posey shifting from shortstop to catcher after his freshman year. Hallberg coached and then managed at Salem-Keizer in 2018-19 and was considered a rising star in the organization. The only question, again described in Baggarly’s piece, was whether they could convince Hallberg to leave his other career, as an international educator teaching and coaching in Dubai.

In other Giants news, they signed lefty Drew Smyly to a major league contract, and he will compete for a rotation spot. Smyly, a former standout young pitcher in the Tigers organization, actually pitched briefly in relief against the Giants during the 2012 World Series. He was in the last-minute trade deadline deal that sent David Price to the Tigers, and he’s since pitched for the Rays, the Cubs (new Giants GM Scott Harris connection!), the Rangers, the Brewers, and then–importantly–the Phillies, then managed by Gabe Kapler. Smyly is going into his age-30 season, and according to Scott Harris in a recent podcast interview with Henry Schulman, he’s finally healthy after Tommy John surgery and an ankle injury that hampered him in 2019. With the Phillies he had an ERA of 4.45 and 68 strikeouts in 62.2 innings. The Phillies version of McCovey Chronicles is mad that the Phils didn’t sign him back, so I guess someone out there thinks he has current value. (The Phillies apparently are up against luxury tax concerns even though they still could use more rotation depth, especially a lefty starter.)

Being the intrepid researcher and reporter that I am, I listened to Schulman’s podcast with Harris. Besides his comments about Smyly, I had a couple of other observations:

I also listened to Schulman’s second podcast with Kyle Haines (farm director), which focused on the non-roster invitees to spring training. It was kind of a snoozer, not because of anything Schulman or Haines did wrong but because the NRIs are frankly not that interesting. When the farm director is describing players as “depth pieces,” you know we probably shouldn’t get very excited about them ourselves. The only two NRIs he expressed much enthusiasm about were relievers Tyler Cyr and Raffi Vizcaino, both homegrown pitchers whom he clearly thinks highly of.

It’s unlikely that this next week will bring such major news in baseball–oh, Josh Donaldson also landed with the Twins on a four-year deal–but we are getting closer to spring training. We probably will hear news from the Astros, Red Sox, and Mets about the manager searches they are suddenly conducting. I’m rooting for Dusty Baker to get one last shot and for Hensley Meulens to finally get one, too.

And who knows–maybe the Giants will do something. We can always hope!  Go 49ers and happy MLK weekend. Lefty out.