What I’m Mad About 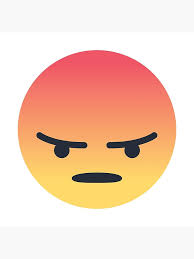 In last week’s column, I ended by musing how odd it was that one Saturday we’d be in the thick of frenetic Hot Stove activity and know that by the next one, we’d be looking at nothingness due to the expiration of the collective bargaining agreement between MLB and the MLB Players Association. I didn’t realize until late evening Wednesday that there would be literal nothingness, as in all images and news related to current MLB players wiped off MLB.com.

Depending how things went last night, I was going to lead with being mad at the Warriors for playing like doo-doo against the (very good) Phoenix Suns. I spent three days this week stewing about their embarrassing nationally televised performance on Tuesday night, replete with turnovers and missed free throws, despite the Suns’ best player, Devin Booker, getting injured in the first half. But the Warriors redeemed themselves last night, ending the Suns’ 18-game winning streak and extending their own streak of home victories by double digits to 12. This was the most memorable moment, I thought.

"That really got the crowd going and a fun play for our team. It's a fun way for him to immediately bounce back from the other night and get himself engaged in the game." pic.twitter.com/Q48okMeEF7

Not only did JTA posterize #ForeverWarrior JaVale McGee (who was a good sport about it after the game), but he rendered Bob Fitzgerald temporarily speechless, something I didn’t think was even possible.

So OK, Dubs. You’re off my Naughty List for now.

The last week before the shutdown was nuts. Just as you thought the New York Mets had lost their minds by signing 37-year-old Max Scherzer for eleventy-zillion dollars per year, the Texas Rangers said “Hold my beer.” In case you lost track, the Rangers signed not one but TWO of the marquee shortstops on the free agent market, Marcus Semien (who will play 2B) and Corey Seager. They also added starting pitcher Jon Gray and outfielder Kole Calhoun. Altogether, the Rangers committed over a half-billion dollars to four players in about 48 hours.

Meanwhile, the Giants let their ace for the past two seasons, Kevin Gausman, walk to the Toronto Blue Jays for what seemed like a pretty reasonable deal (5 years/$110 mil). OK. That’s sad because we liked him, he pitched very well as a Giant, and he wanted to come back. But if the front office had another top-of-the-rotation starter in mind that they liked better than Gausman at that price point, well–it’s a pretty smart front office, and we should trust them, right?

Except…they didn’t sign anybody like that, and it sure sounds like they’re not going to. Every big-name free agent starting pitcher with the exceptions of Carlos Rodon and Clayton Kershaw signed somewhere else before the shutdown. Gausman, Robbie Ray, Marcus Stroman, Scherzer, Gray, Justin Verlander, Noah Syndergaard…they all went elsewhere. Gausman and Ray got five-year deals, but if that length is a bridge too far for the Farhan Zaidi-led front office, you have Stroman and Scherzer signing for three years, Gray for four, Verlander for two, and Syndergaard for one. Seems like one of those guys might have worked.

It’s still possible, I guess, that the Giants sign Rodon after the lockout ends, but (a) there are other teams who still need starting pitchers, too and (b) Rodon’s had exactly one great year in his career (2021), so maybe he’s not worth whatever number emerges at the end of a bidding war (and he’s a Boras client, to boot). As for Kershaw, please. He will retire, return to the Dodgers, or sign with his hometown team (hey–the Rangers!). He’s not going to be a Giant.

The Giants did complete deals with Alex #1 (Wood) and Alex #2 (Cobb) before the shutdown, and at the press conference following these signings, Alex the Beat Writer (Pavlovic) asked Zaidi about the need for a #1 or 1a or 2 starter to pair with young ace Logan Webb in a playoff series. Zaidi said “That’s a fair question,” but then–blah blah blah depth and yadda yadda yadda we’d like to have someone like that, but…sigh… Oddly, he made it sound like the quest for a co-ace was completely out of his control when all he had to do was sign Gausman back. Anyway, it sure sounds like acquiring a top-of-the-rotation starter is not (and was not) a priority for the front office, and I for one find that puzzling and frustrating.

Here are some possible counterarguments to what I just said, followed by my rebuttals.

What the Giants Have Done Well So Far

This is not to say that the Giants’ offseason has been a disaster. On the contrary, they’ve re-signed their Gold Glove shortstop and their best hitter (Belt) and two of the four free agents from their 2021 rotation (DeSclafani and Wood) and made a very credible addition in Alex Cobb. And they’ve done all of that for a sensible amount of money–$34 mil for Belt and Crawford next year, and $34.5 mil for the three starting pitchers. They’ve gone from one guy in the rotation (Webb) to four in a little over a week, and even better, all of those guys are locked in for (at least) 2023 as well, so there won’t be the same mad scramble for a new rotation this time next year. That is some smart and efficient shopping, particularly when you start to think about what Crawford and Belt may have fetched in an overheated open market. So credit where it is due.

But it certainly lacks pizzazz, especially when you consider not only the loss of Gausman but the retirement of Buster Posey and the likely departure of Kris Bryant. That’s all three 2021 All-Stars (Bryant was an All-Star representing the Cubs at the time), two former MVPs, and the guy who finished sixth in NL Cy Young voting this season. That’s a lot of star power walking away without replacements, not to mention WAR (those three guys combined for 13.3 fWAR in 2021). And, more importantly, there are still some significant holes to fill–at least one more starting pitcher (two or three would be better), and a right-handed bat or two to replace the production of Posey and Bryant.

To conclude this reflection, I thought Grant Brisbee put it well in his recent piece about the Giants’ underwhelming acquisitions:

Not being cheap is one thing. Acting like a high-revenue team in a win-now situation with a lot of payroll room is another…The Giants used to have a top-10 payroll when they were perennial contenders, so it follows that they’ll have one again now. There are, however, no guarantees. The Giants might bend their bean-counting ways for a young superstar like Bryce Harper, but maybe they won’t for almost anyone else. And if their $112.5 million payroll turns into only a $120 million payroll — which would be their lowest payroll in a decade — you would have a legitimate grievance…I’ll grumble along with you.

I’m not expecting this, but I’m certainly not ruling it out, and you shouldn’t either.

I’m Mad About the Lockout

Well, that goes without saying, and a lot of people who write about baseball for a living have had plenty to say about this and will have more as the negotiations drag on.

I have a somewhat personal take on this, though. In my department, most of the instructors are unionized lecturers, and they had been working without a contract since January 31, 2020. They finally came to an agreement with the university a couple of weeks ago, averting a planned strike by mere hours. Because as head of my department I was so aware of the issues and the rhetoric (not to mention directly affected by the stalemate), I find this standoff between MLB and the union rather triggering. Some of the dynamics are similar–both sides dug in, far apart on the issues, dropping one-sided press releases to try to gain public sympathy–and it took a really long time for progress to be made and resolution to occur. I guess the good news is that it did finally get resolved, and I think everyone is reasonably happy about the outcome.

Generally speaking, I side with the players union, as I generally did with the lecturers union. At the end of the day, though, as an outsider to the process, I’m just unhappy and frustrated by the unwillingness to compromise and the counterproductive communication patterns.

What I’m Not Mad About

…this photo of Brandon Belt in a captain’s hat with a Giants logo. Wait…that’s not Belt. I never noticed a resemblance before, but… A column that ends with Klay Thompson on his boat in a Giants-branded captain’s hat can’t be be all sad and mad, right? Have a nice weekend. Lefty out.