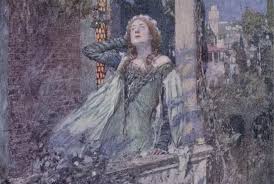 Well, it’s next week, and we still don’t know the fate of the 2020 baseball season. The owners finally delivered a proposal to the MLB Players Association, suggesting a sliding scale of salaries for a season that would start around July 4 weekend and be about 82 games long, not including the postseason. As many reporters have noted, this has the possible effect of pitting lower-paid players against higher-paid ones.

Take Buster Posey. Under his contract, his full salary would have been $22 million and change this year. Under a 50% pro-rate, he’d get 11 million (if the league played at least 81 games). Under the new proposal, as a high earner, he’d make just around $4.4 million. We do not weep for Buster. Starting with his signing bonus, at the time the highest in baseball history, Buster’s already earned all the money he and his family will ever need. And $4.4 million is (way) better than nothing or whatever advance pocket money he got under the March deal.

Under the March agreement, Buster will get a full year of service time, regardless. That will take him to over 10 years, the magic number to lock in a generous pension for life. But since service time will be awarded based on major league games played in 2019, that doesn’t do much for any of those guys who made their debuts last year. A year of not playing baseball just makes them a year older.

So you see the problem. The highly compensated guys have relatively little incentive to compromise, either on principle or on legitimate safety concerns. If Buster stays home for a year homeschooling his twins, that’s not going to change his future at all. But if fringe guys on the major league roster don’t play and/or if prospects in the high minors (like Joey Bart) don’t get to play at all, either, that could change the trajectory of their careers and their lives.

I notice that the players making statements about the proposal on Twitter or Instagram are all guys with really nothing to lose by not playing:

Trevor Bauer, who managed to carry on Twitter feuds with both super-agent Scott Boras and former pitcher Kyle Lohse this week (he even “OK Boomer’d” Lohse, who’s about 17 years too young to be a Baby Boomer).

I’m not taking sides. I get why the players union is outraged that the billionaire boys club wants them and others to take all the risks of playing in a pandemic and take huge pay cuts. I’m just pointing out that it’s going to be hard for the haves and the have-nots to come to a meeting of the minds on this salary issue.

So what happens now?

I’ve read optimistic views of this from USA Today’s Bob Nightengale and pessimism bordering on despair from The Athletic’s Jayson Stark. One thing that gives me hope is listening to interviews with players. For example, on this week’s Chalk Talk at Home (the weekly Zoom discussion hosted by the four main Giants broadcasters), they had Yaz and Dubon as guests. A couple weeks ago they had Crawford and Belt. All of the players talked about how they’d been asked to ramp up for an imminent restart (Spring Training 2.0). They all seemed to take it as practically a given that they’d be playing baseball in the near future, assuming local authorities allow it amid the pandemic.

As I’ve mentioned, in my current gig as a department chair, I deal with three different unions regularly. Public talking points are not always the same as what’s said internally. Sometimes union leaders are trying to get their own members fired up and engaged; they’re also trying to get sympathy and support from possible allies. So these “we’ll be playing soon” vibes from rank-and-file players may give a better indication of what’s actually going on.

One important development this week was an announcement by San Francisco mayor London Breed that professional sports franchises can begin practicing and playing in San Francisco (without fans present) as of mid-June. That means that the Giants would have the option to train at Oracle Park rather than in Scottsdale if “spring” training restarts. It sounds like the team is leaning that way, both to reduce travel and because they see San Francisco, which has been slow to reopen, as possibly safer than the Phoenix area right now.

With May coming to an end, no minor league season likely in any form, and the first-year player draft about to happen (June 10-11), all eyes were on what would happen with minor leaguers and their salaries. The first news was bad–many minor leaguers being cut around various teams (the Giants cut 20 players on Thursday) and the A’s telling their minor leaguers that they wouldn’t continue to get paid after May. The Giants have promised to pay their remaining minor leaguers through June, and a number of other teams have already said they’ll continuing paying salaries and providing health insurance through the end of August or early September, or when the minor league season would have ended anyway. Several teams with heart and class have chosen not to cut a single minor leaguer in the middle of a pandemic. It’s been observed that if the Giants want to compete with other teams for undrafted free agents, as well as sign their own draft picks, they might want to announce before the draft that they’re continuing salaries through August.

This week in virtual entertainment

The Sim Giants lost a home game to the Rockies last night, but the good news is that they are 32-25!  Belt continues to have a monster season. He hit his 17th homer last night and had a game-tying single later. “The hottest hitter in the National League,” Mike Krukow called him.

Tune in now to NBC Sports Bay Area to watch the rest of our sim and be sure to check out @MLBTheShow
(https://t.co/bF994tGsiI) pic.twitter.com/wLCzoSSWB0

I am really enjoying the podcasts that Alex Pavlovic and Kelli Johnson are doing, and this week’s interview with Javi Lopez is absolutely worth a listen. He’s a smart, thoughtful, honest, and funny guy.  Among other things, he talks about facing Barry Bonds as a young pitcher (and no, Bonds never hit a homer off him) and had a surprising answer as to which starting pitcher teammate in his career was even more intense before a start than Ryan Vogelsong (who’s now Lopez’s regular golf buddy, since they live near each other in the Atlanta area). Hint: it’s someone who, like Bonds, should be in the Hall of Fame, but no, it’s not Roger Clemens.

Maybe by next week we’ll have a better sense of whether there will be a baseball season, and yes, I know I said that last week. For sure, we can talk about the draft, which will be June 10-11 and fully covered by MLB Network (I’m already starting to plan a menu. Chef Scott would be proud.)

Hoping for good news, but in the meantime, y’all keep staying safe and healthy. Lefty out.