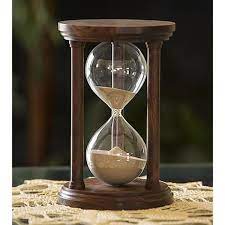 The weeks and days of this ghastly 2022 Giants season are winding down, and I for one am not going to miss them. I’ll miss baseball. I’ll watch the postseason. I already have hotel and airline reservations to go to Scottsdale for spring training in March, and I expect I’ll be at the home opener in April. I’ll be back. But this year of Giants baseball has been really, really hard to watch, and I’m grateful to have football on the weekends and the NBA starting up soon to distract me.

We need to talk about what comes next, but before we get to that, let’s lead with the best news of the week.

Sorry, Wilmer. Love ya, you’re a good Giant, and I’m really glad you’re coming back. But the Eugene Emeralds winning their league championship for the second year in a row is bigger, happier news. The Ems had the best record in the league at 81-48, and they swept second-place Vancouver in three games (best of five series). The final game was a seesaw thriller that included a dramatic ninth-inning homer by Grant McCray to briefly put the Emeralds ahead, but the Canadians fought back in the bottom of the ninth to send it to extra innings, where a two-run homer by 2020 draftee Jimmy Glowenke finally put Eugene ahead for good. Here’s the final out.

It's another 💍 for the @SFGiants' High-A club. pic.twitter.com/1YkWI7zqqR

A few more notes about this series:

Those are the big names. McCray, Matos, and Luciano are three of the Giants’ top five prospects, according to the latest MLB.com rankings. Bishop has dropped to #23 in the most recent rankings, but he was still a top-10 draft pick back in 2019. It is not a stretch to imagine all four of those guys playing for the 2024 Giants. But there are a couple of other interesting stories among the champion Emeralds.

Taken together, in 2024 or 2025 or so, we may be looking back at this Emeralds’ championship roster and noting that it was foreshadowing an exciting core of young players who are now on the Giants. And even if Bailey turns out to be a bust (still too soon to say that), the 2020 draft class, which also includes Casey Schmitt, Swiney, Glowenke, Kyle Harrison, RJ Dabovich, and Ryan Murphy, may end up being one of the best ever in San Francisco Giants’ history.

See? Isn’t this more fun than talking about another lifeless Giants’ loss to the Dodgers?

In my last column, one of the suggestions I made for September was that the Giants back off on some of their cornerstones for the future. It feels like that time has come for Logan Webb, who’s now over 180 innings for this season. He wasn’t sharp last night, and I approved of him being pulled after four innings of struggle at 79 pitches. Webb’s previous high in innings was 148.2 in 2021 (he missed some time on the IL early in the season). He’s had a fine year, he has nothing to prove, and it’s time to stop wasting his bullets in a lost season. Now, maybe shutting him down entirely isn’t the right thing, but he shouldn’t see another seventh inning and maybe not even another sixth inning. It should be noted, though, that Webb does not feel that way about it, and good for him. He’s old school, a Matt Cain throwback type.

“Personally, I’d like to get to 200 innings,” Webb said. “I think as a starter, that’s something that you always strive to do. I didn’t give my best case at trying to get to that tonight, but it would be a cool accomplishment. The main thing is just finishing healthy and being able to say I made all my starts.”

Another suggestion I made in that column was to give opportunities to players who might help you next year, and it feels like the Giants are doing that with guys like Szapucki, Sean Hjelle, Cole Waites, and David Villar, to name just a few. Keep it up, and how about Randy Rodriguez, Bryce Johnson, and Heliot Ramos, while we’re at it? I picked them because they’re all Giants’ prospects in AAA and on the 40-man roster. Or even Dabovich, who’s not on the 40? On a related note, since that column, the Giants have cut ties with Dom Leone, put Tommy LaStella on the IL, and sent Zack Littell back to AAA.

There’s been a fair amount of (semi-alarming) talk this week about bringing players back for the 2023 season. Flores, of course, has been signed to an extension, so he’s definitely coming back. Both Evan Longoria and Brandon Belt told reporters this past week that they’d like to come back to the Giants next year. (There’s a team option on Longoria, and Belt is feeling great after his knee surgery and wants to keep playing, if he gets offered a guaranteed contract.) Farhan Zaidi has made various statements of commitment to Mike Yastrzemski (2nd-year arbitration-eligible) and is actively talking with Joc Pederson’s agent about a new contract.

When you start adding all those up, where is the room to make obviously needed changes? And what about LaMonte Wade Jr., Tommy LaStella, and Luis Gonzalez? Does the presence of Brandon Crawford for one more season preclude the Giants making a big acquisition at shortstop, where several of the best free agents play?

There will be time to sort through these questions, which amount to something of a 26-man and 40-man math problem. It’s interesting to look at the Giants’ Roster Resource page (Fangraphs) and see how many players are eligible for arbitration next year (Jarlin Garcia, John Brebbia, Davis, Austin Slater, Willie Calhoun, Yastrzemski, Tyler Rogers, Wade Jr, and Webb). That, along with the need for minor leaguers to be protected from the Rule 5 Draft on the 40-man roster, will also factor into these decisions about how many current players will return.

My prediction: Zaidi and Scott Harris will clean house. LaStella will be released and Belt will not return. In my opinion, they shouldn’t bring back Longoria (because they have plenty of younger options who need opportunities)–but they probably will. I suspect Pederson will go elsewhere. He’s had a nice year for the Giants (at the plate, anyway) and was an All-Star, not to mention his stellar postseason resume. Some contending team will find space for him, despite his limitations. I see Yaz and Slater forming one corner outfield platoon, but I don’t see Wade Jr. or Gonzalez on the Opening Day roster. (Wade will be out of options and Gonzalez will still have one, so perhaps Gonzo is retained and is in AAA for depth.)

As for pitchers, putting aside the starting rotation for a moment, I predict that only Camilo Doval, Brebbia, Scott Alexander, and Rogers will be back in next year’s bullpen, though I guess we could throw Szapucki’s and Waites’s names in there because neither will be out of options. (In fact, Alexander is the only member of the current bullpen who would not have options. That seems important.)

Anyway–lots more time to talk about this, but those are my way-too-soon musings.

This Weekend in Giants’ Baseball

The Giants have really sucked against the Dodgers this year. With two games left to play this weekend, they are 4-13 against the Blue Bums, which is awful. That’s like Rockies-and-Dbacks-against-the-Giants-last-year awful. Especially when you consider the thrilling regular season series last year, which the Giants won 10-9 and in which every game seemed like an absolute nailbiter, the Giants’ failure to show up against the Dodgers is one of the biggest disappointments of a bad season. Even back in the dark years of 2017-18, it seemed like the Giants would dig deep and play the Dodgers tough. Not this year.

It would be nice if the Giants could have a winning September (still possible, they’re 8-7 to date) and even nicer if they could get back to .500 for the season. But it doesn’t really seem like that’s in the cards. We’ll see. It is what it is, but it’s almost over.

Did I mention there’s also football? (You will find me watching USC tonight when their game kicks at 7:30. We actually watched the game against Stanford on my laptop last week while in the Athens airport waiting for our flight home. I figured out how to stream ESPN in Europe.)

Hang in there, folks. Lefty out.