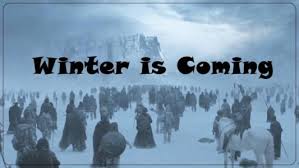 Well, we made it through the deadline to tender contracts (or not) to arbitration-eligible players, and now there are 56 new free agents (non-tendered) to go with the long list of players who were already out there. The Giants, as we know, kept eight of their ten arbitration-eligible players, signing six of those eight to new one-year deals (the most notable was $2 million for Alex Dickerson), tendering contracts with salaries still to be determined to Reyes Moronta and Donovan Solano, and cutting loose five players (Melvin Adon, Tyler Anderson, Chadwick Tromp, Rico Garcia, and Daniel Robertson). Any or all of those five could make their way back to the Giants on minor league deals, but with so much inventory out there, why not do a little Christmas shopping?

MLB’s Winter Meetings for many years were the traditional kick-off to big free-agent signings and sometimes to big trades. In recent years, they’ve fizzled out in terms of drama, although last year, the biggest free agents (Gerrit Cole, Anthony Rendon, and Stephen Strasburg) did all sign deals during the Winter Meetings. But as the free agent market has grown icy cold and the mechanics of doing business have entered the 21st century–you can text instead of holing up in some hotel room in Nashville or Texas or Florida or San Diego–the biggest “excitement” of the Winter Meetings has turned out to be the Rule 5 Draft (December 10 this time), and–eh.

Because of COVID, this year there will be no hotel rooms and no reporters lurking in the lobby to eavesdrop or note who was talking to whom. The “Winter Meetings” will be conducted over Zoom, just like most everything else this year. It could be argued that the model had already outlived its usefulness even before the pandemic. Still, it’s baseball news to get us through this dark, cold, and scary December.

What are the Giants thinking?

There have been rumors and there have been some “horse’s mouth” tidbits. The Giants did one of their “Chalk Talk @ Home” events for their season ticket holders over YouTube on Thursday, with the four broadcasters hosting first Farhan Zaidi and Scott Harris and later Gabe Kapler.

Here’s what the rumor mill has churned up.

This year I find myself much more interested in whom the Giants might lose (AAA reliever Tyler Cyr, in particular) than whom they might draft. They have drafted three Rule 5 players (Travis Bergen, Drew Ferguson, Dany Jimenez) in the Zaidi Era, and none of them worked out. 2019 Opening Day left fielder Connor Joe was also a Rule 5 Guy, taken from the Dodgers by the Reds and then traded to the Giants before Opening Day. Besides Cyr, there are two top-30 prospects (per mlb.com) left unprotected: catcher Ricardo Genoves (#29) and outfielder Sandro Fabian (#30). If the Giants lose anyone in the Rule 5 Draft, it could very well be one of those three.

So…will there be Hot Stove news, Giants-related or otherwise, during the week of Winter “Meetings”? Stay tuned to TWG for all the breaking news. Lefty out.