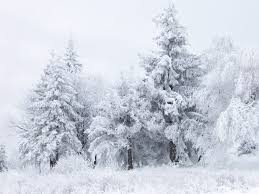 The MLB “Winter Meetings” have come and gone, with little of interest happening–no major trades, no marquee free agents signing. The biggest news of the week was about the reconfiguration of the minor league affiliates (#GoEmeralds).

The Giants had a little bit of news, signing righty reliever Matt Wisler, re-signing backup catcher Chadwick Tromp, and drafting some guy* in the Rule 5 Draft. Perhaps the biggest news was the non-loss of reliever Tyler Cyr to Rule 5. It was also very cool that our Mike Yastrzemski was named to the second-team all-MLB squad, meaning he was honored as one of the top six outfielders in baseball. That is pretty amazing for a guy whose career was basically nowhere two years ago. Whatever criticisms I’ve had about Farhan Zaidi in the past, he hit a homer with acquiring Yaz in March 2019. Heck, he hit a grand slam.

*/checks notes: the Giants acquired Dedniel Nunez, a reliever, from the Mets organization, in the first round of the major league Rule 5 Draft. He hasn’t pitched above high A (in 2019), and I’m going to be surprised if he even makes the Opening Day roster.

We now enter the long cold winter part of the offseason. In recent years, there’s been little news between the Winter Meetings and the holidays, so it may be January before we’re discussing any new acquisitions by the Giants or anyone else. (Yeah, I know the Mets made a big deal with a catcher, but not that catcher. Wonder where Realmuto will end up? And Bauer?) Winter Solstice–the longest night of the year–is coming up soon, and between Christmas and New Year’s comes Baseball Solstice (the midpoint between the last game of the World Series and the first game of spring training).

The Giants’ needs are pretty obvious and haven’t really changed much since their season ended 2 1/2 months ago.

The bullpen is actually rounding into shape. If the season opened today, assuming an eight-man bullpen with the 26-man roster, they’d have four lefties (Baragar, J. Garcia, Peralta, Selman) and four righties (Moronta, Nunez, Rogers, Wisler). Sam Coonrod and Trevor Gott (ugh and ugh) are still in the mix, as are AAA righties Cyr and Camilo Doval. Still room for a bigger name acquisition (/cough cough Archie Bradley). There was some regret expressed over newly liberated outfielder David Dahl (who was non-tendered by the Rockies last week) signing a modest $3 mil/1 year deal with Texas.

Thought Dahl would have been a great fit for the #SFGiants given his left-handed bat and ability to play all three OF spots.

Also thought it would take more than $3 mil to sign him, so my guess is I like David Dahl more than baseball executives do. https://t.co/n4ZEzMypdP

I have never been convinced that the Giants were going to put any serious resources into adding outfielders this winter. Four of their top-10 prospects are outfielders. They tendered contracts to three arbitration-eligible outfielders last week (Dickerson, Ruf, and Slater). This isn’t to say that, for example, George Springer wouldn’t be an upgrade. Of course he would. But if the Giants are going to spend that kind of money (which I doubt at this point), it should probably be on starting pitching, anyway. And guys they could get on the cheap, like Dahl, might not be much of an upgrade for what they already have. Did you know that the Giants were sixth in the majors in total WAR for outfielders in 2020? And OK, about half of that was Mike Yastrzemski, but still–sixth in MLB doesn’t scream “Upgrade the outfield!” The return of Tromp on a major league deal seems to signal that the backup catcher question is answered. Another lefty bat, maybe an infielder with more experience than Jason Vosler, who has (/checks notes) zero major league experience? (/cough cough Tommy La Stella–go Coastal Carolina Chanticleers!)

So: rotation, rotation, rotation. Laser-focused attention on adding at least two more starting pitchers–actual pitchers who could be in the rotation come April, not a-wish-and-a-prayer types–but let’s get 2-3 of those, too. We don’t know when Tyler Beede will return and how effective he will be when he does. We shouldn’t count on him and just consider it a bonus if he comes back early (the best projections I’ve seen are for May) and pitching well (TJ returnees often need some time to shake off the rust, and Beede wasn’t exactly established as a reliable starter yet). There’s Gausman (thank goodness), there’s Cueto (c’mon, Johnny) and there’s Webb (hope he figures it out next year). And then there’s…yikes.

This feels like it’s going to be a hard winter. Most of California is under stay-at-home orders now. It feels like we’re right back in March, only scarier. Christmas feels practically canceled this year. There are a few diversions–some college football, some NFL, the NBA about to start, Warner Bros releasing all their movies on HBO Max next year–but for the most part, we’ll be like Rogers Hornsby, staring out the window and waiting for spring.

Spring, when maybe we’ll have flattened the curve again with shutdowns and vaccines. Spring, when this awful election/post-election drama will be over. And, most of all, spring, when baseball will come back. In the meantime, try to keep your spirits up–and I know I say this almost every week, but please, stay safe. Lefty out.

Oh, P.S.: Congrats to Vanderbilt’s Sarah Fuller for making history by being the first woman to score in a Power 5 college football game.

And happy Sunday to our soon-to-be First Lady, Dr. Jill Biden. (If you don’t know why I’m saying that, read this NYT article explaining the controversy. I’m not going to link that piece of crap WSJ op-ed. I’ve tried to read WSJ regularly so that I could get a balanced perspective on the news to go with my regular WaPo/NYT reading, but I mean…!!!)