Wrapping Up the 2021 Cactus League 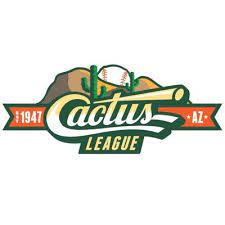 What a difference a year makes. This time last year, we were mourning, among many other things, a spring without baseball. Now, though things are not quite back to normal, we’re marking the end of a full Cactus League season and eagerly anticipating that greatest day of all: Opening Day of the regular MLB season, which this year is on April 1 (no fooling!). The season will open on time, and there will even be (some) fans in the ballparks!

As the Giants wrap up their Cactus League schedule, I have a few observations about what we’ve seen this spring.

So…that’s pretty impressive. Five hitters out of nine with an OPS over 1.000. Two others in the .880s. We won’t worry too much about “Everyday Joe” McCarthy, who has already been optioned. That leaves only Tommy La Stella as an underachiever in Friday’s lineup, and I’m not going to get too concerned about that yet. Maybe he’s pressing to prove himself on a new team, but he’s a proven hitter, and he’ll figure it out. Now, that was just Friday’s lineup, and guys like Alex Dickerson, Mauricio Dubon, and Darin Ruf are not quite as hot as the ones listed here. But overall, the Giants’ hitters appear to be ending the Cactus League well and ready for the season–at  least we hope so.

A few other details about the spring offense. Going into Saturday night’s game, the Giants ranked near the top in a number of categories: OBP (3), HR (5), BB (6), and SB (3). However, despite getting on base, stealing bases, and hitting homers, the Giants are only middle of the pack (13) in runs scored, and they strike out way too much (after 20!!! last night, they lead MLB). So there are definitely some things to build on, but there are also ways to improve.

It’s easy to just look at the above stats and assume that the Giants will hit well and pitch poorly in 2021, just as they did in 2020. But I think there’s more to it, at least on the pitching side. Last year, the Giants’ rotation, with the exception of Gausman, was pretty dreadful. Logan Webb had a disappointing rookie season. Johnny Cueto had the worst year of his career. The rest of the rotation, such as it was, is all gone now (Jeff Samardzija, Tyler Anderson, Drew Smyly, Dereck Rodriguez, Andrew Suarez). Kudos to Smyly for parlaying 5 starts with the Giants into an $11 million one-year deal with the Braves, but let’s face it: He didn’t pitch enough for the Giants to help them stabilize their rotation.

Though the Cactus League pitching numbers are pretty ugly, there’s a lot more upside to the rotation that the Giants begin the 2021 season with. Gausman earned the honor of being the Opening Day starter. Cueto should be motivated to have a bounce-back season, and being reunited with Buster Posey should help him. Anthony DeSclafani, Alex Wood, and Aaron Sanchez have track records of major league success. Webb has been the brightest spot of the spring from the pitching side (four starts, 11 innings, 0.00 ERA, 3 H, 1 BB, 17 Ks). They can also hope that Tyler Beede will return in June better than new and contribute to this and future years’ rotations.

Similarly, the Giants had a shaky bullpen last year (though it improved in the second half). This year’s bullpen has more known commodities, if not that much name recognition. Jake McGee, Matt Wisler, Jose Alvarez, and (eventually) John Brebbia are new acquisitions with recent MLB success. For that matter, Reyes Moronta has a good track record, even if he’s not exactly a “new” acquisition.  There’s also some depth with the additions to the organization of guys like Scott Kazmir and Nick Tropeano.

In short, while there’s plenty of room for concern with the pitching staff, there’s also room for, if not optimism, at least hope.

The Giants actually had a pretty good week. Since last Sunday, they’ve gone 3-2 with two ties, including impressive wins over the Dodgers (10-4) and Padres (7-3). Overall, they’re 10-11 with five (I think?) ties. Two more games remain against the A’s Sunday and Monday. The Giants are off Tuesday and Wednesday as they break camp and travel to Seattle for Opening Day.

There is increased clarity now that more players have been cut. Evan Longoria, who’s been tearing it up this spring but has only DH’d, started at 3B last night against Seattle. Brandon Belt made his first appearances in Cactus League games and has gone for 1 for 3 at the plate. Since Jason Vosler was optioned, it would seem that if any younger position player is going to crack the Opening Day roster, it would be LaMonte Wade, Jr. But if Longoria and Belt are both ready to go, and if the Giants decide to keep rolling with Darin Ruf at least for now, there could be no new position player additions to the roster.

As for the rotation, one question has been settled: Logan Webb is in it, and scheduled to pitch the third game in Seattle next weekend. That is quite a turnaround for a guy who appeared ticketed for AAA after the Giants loaded up on veteran free agent starters.  The bullpen composition is finally coming into focus. McGee, Wisler, Alvarez, Tyler Rogers, and Jarlin Garcia all seem like locks, and Moronta’s chances are looking better than they were just a week ago (when I left him off my My26ManGuys™ ballot). That’s six spots, and it seems like the seventh will go to swingman Nick Tropeano. The remaining relievers still in camp are Caleb Baragar, Wandy Peralta, Dominic Leone, and Zack Littell. Baragar and Peralta are on the 40-man but have minor league options. Then there’s the question of whether Wood, whom many of us had counted out for the Opening Day roster, might actually be ready to go.

I have to say a few words about Austin Slater, who’s just been on fire this week and has hit three homers in his last three games, including a couple against righties. This was his three-run blast against the Cubs on Friday.

Is there a hotter hitter in baseball than Austin Slater?
He blasted his third home run in as many games today off of Kyle Hendricks!https://t.co/n6kSJkSBYK

It’s easy to get excited about Slater’s upcoming season. He had a breakout year at the plate last year and led the team in stolen bases. They had him playing center field a couple times this week. If he can just…stay…healthy, he could be like Mike Yastrzemski, playing everyday against both righties and lefties. This is important because the Giants are going to need Mauricio Dubon to back up shortstop sometimes. If Slater is playable and versatile, that gives Gabe Kapler more options each day.

What do you think, Baggs?

Austin Slater just homered for the third consecutive game, this one off Kyle Hendricks. If he stays healthy and remains on his current trajectory, there will be no taking that bat out of the Giants lineup.

Good stuff, and the best is yet to come. Opening Day!  Can’t wait. Lefty out.