The World Baseball Classic and the Future of Baseball 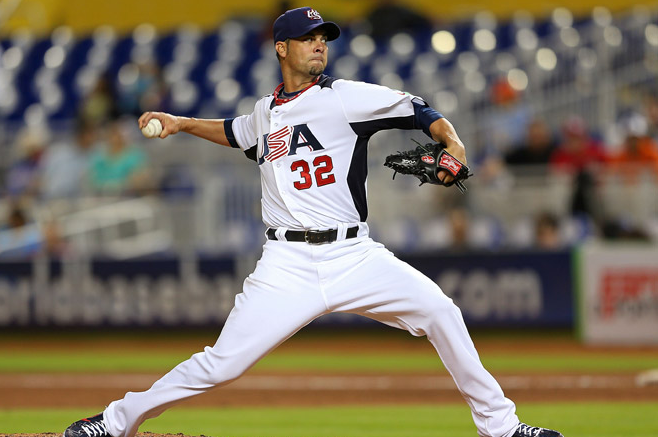 Among certain baseball-loving, Giants-obsessing circles it’s chic to hate the World Baseball Classic. Count me in as a dissenting voice. I like the tournament that aims to mimic the global competitions of soccer (World Cup), hockey (World Championship) and other sports. Baseball’s presence on the sports landscape is uniquely tied to American culture and to the geographical regions of North America, the Caribbean, Japan, and Korea.

While It’s presence within the consciousness of America as an entertainment option has been greatly diminished by the rise of the NFL and the NBA it’s place in the professional sports landscape is still strong. It’s no secret that while the game is a huge financial success, it has to evolve in order to continue to thrive.

I believe the future of baseball as a game and Major League Baseball as a productive, poetic and successful professional league will be decided by how well the game’s majesty and history are spread to new countries. The NFL is most certainly going to expand to Mexico, Canada, and England one day. NBA commissioner Adam Silver has publicly proclaimed his interest in foreign expansion as well.

I believe baseball has a unique position among team sports in North America for a variety of reasons. First, it is the oldest organized team game and has a history that dates back nearly 200 years. That reason alone is relevant here. That history is a powerful and seductive selling point and a big reason why the statistics and lore of the game remain so intricately woven into its discourse.

Second, the nature of the game allows for tension and drama unlike other sports because there is no clock to compete against. I believe fans in other countries will see this as a major part of the baseball’s unique identity. Third, with the onset of serious and long-term injuries among NFL players, baseball is uniquely primed to be an alternative for young athletes in ways that make it more appealing for families and parents concerned with the health of their children.

Finally, the financial health of Major League Baseball means that the time is now to explore the long-term growth possibilities in an organic way. The RBI program is a great start. Another potential option would be to offer more equitable payment for minor league players.

All of the above are good reasons to support the World Baseball Classic, yet none of them explain why I love the tournament. As someone who grew up with a more global mindset in a home where Greek, French and English were all spoken and where hockey ruled, soccer was beloved and baseball was limited to observing the often fruitless exploits of the Expos, I learned the value of an international perspective. Seeing oneself and one’s favorite sport as part of a larger whole not only helps you understand your role within the context of a global community, it also introduces you to new talent and great players from lands you never knew existed. Watching the Soviets battle team USA in Lake Placid in 1980 or the Canadiens defeat the Red Army in 1972 I was hooked. Seeing other athletes play your game well is a unique privilege and a testament that renews your love and faith in athletic competition.

Imagine if this were true for baseball.

The potential financial and cultural benefits of the success of the World Baseball Classic are many. Yes, I know, we worry about injury risks to Buster Posey just like we dreaded watching Ryan Vogelsong have a rough go of it in 2013 after he pitched for Team USA. I get it. But, I believe we must put our tribal Giants-fist instincts aside sometimes for the good of the game.

Dr. Lefty may have written: “I’m a Giants fan first and an American second” but I believe being a baseball fan transcends team-love and is a broader phenomenon with important cultural and historical ramifications that make the World Baseball Classic worth supporting.

I’m getting tickets for the games in Miami. Surf Maui is buying the hot dogs.