Why Major League Baseball Players Should Shake Hands After Every Series 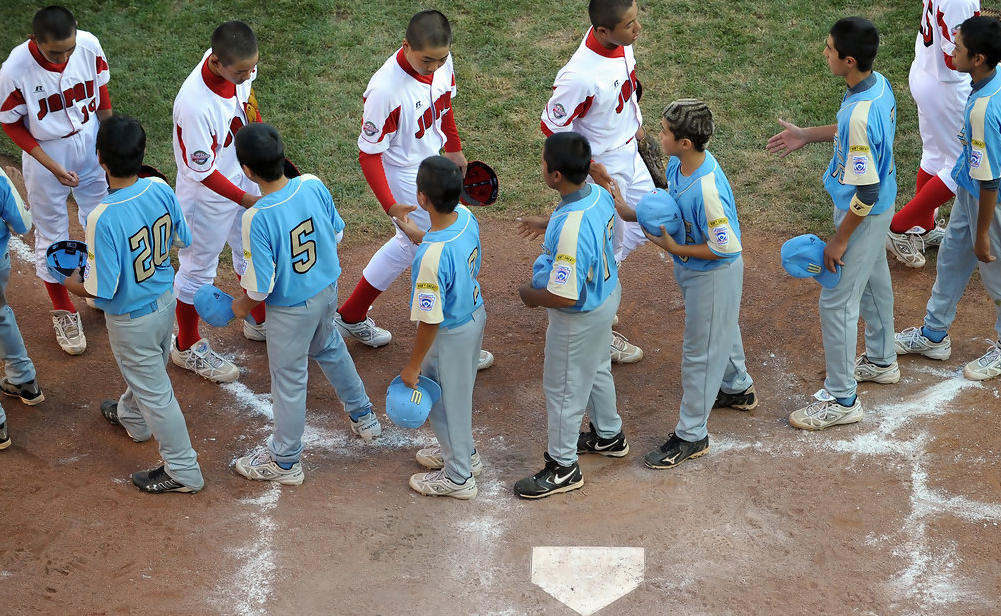 I like handshakes. I remember the obligatory line up of post-game handshakes between teams after my Little League Games. The ritual was put in place for young kids to learn the values of respect for one’s opponent and sportsmanship. I will never forget the feeling of having to face your opponent and treat him as a fellow ballplayer and competitor. For a 12 year-old kid this was a valuable life lesson that took nothing away from the experience and intensity of playing baseball.

Our coach was Mr. Jack Boyd, a fierce competitor. My pitching coach was Mr. McCardle, a true Floridia Southerner with a drawl and a wad of chaw in his mouth. Both were old-school disciplinarians who made us run laps when we played poorly at practice or if we were lolygagging! I love that word. We were taught to eat, drink, sleep and think about nothing but baseball… as 12 year-old kids! I mention them because they also taught us to represent our families and teams well no matter where we were. This meant behaving in school, showing good sportsmanship, and shaking the hands of every player after every game.

Similarly, today’s youth sports, indeed life in general, are so imbued with competition and aggression that I believe Major League Baseball can make a strong statement from a beautiful gesture: a team handshake at the end of each game that is the final contest in a series. It would be a ritual to emulate and a statement to adults and youths alike that friendship, civility and respect matter.

In fact, the Little League tradition is alive and well and a strong teaching symbol that resonates with me to this day. In the National Hockey League teams shake hands at the conclusion of each playoff series. The gloves come off (literally but not figuratively) and the beaten down warriors, victors and defeated alike, line up in a handshake ritual that belies the often violent nature of hockey.

I love the pre-game pow-wows between representatives from each team and the home plate umpires. I find these little summits fascinating. Yes, they go over the ground rules. Yes, they talk about their favorite restaurants.. etc… But I love the sight of foes exchanging pleasantries about the rules and ground rules. There is something very gentlemanly about it that hearkens back to the age of baseball teams being gentleman’s clubs.

In the NFL and College Football postgame greetings are a miasma of confusion. Coaches shake hands, often coldly and oh-so insincerely, as a custom to demonstrate their respect and good will.

For Major League Baseball, I think it’s time the Commissioner instituted this tradition and I am going to start an online petition while also writing a letter to send to each Major League manager that states players should shake hands at the conclusion of every regular and postseason series.