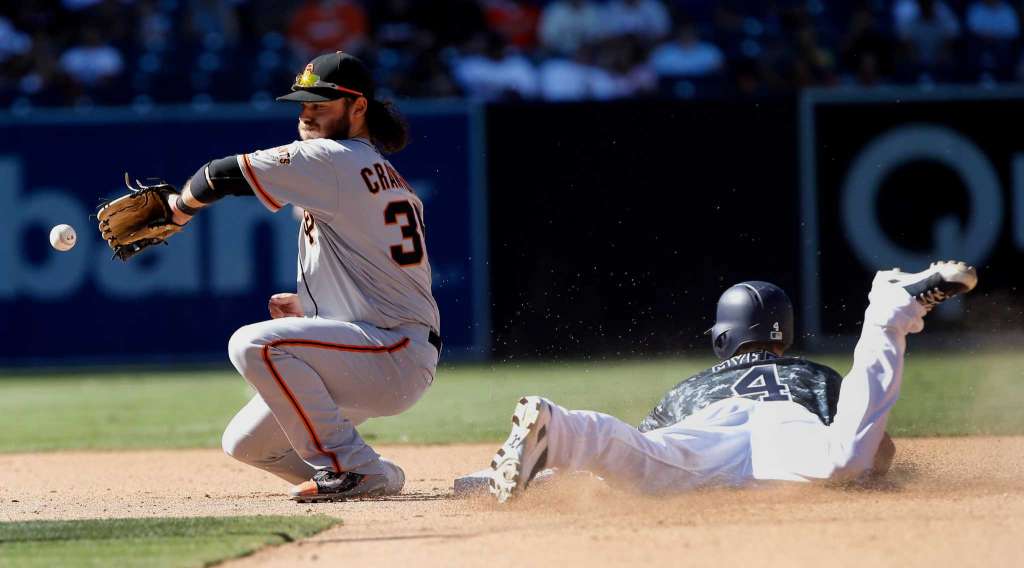 The National League West was not supposed to end like this. The Giants had an 8 game lead over the Dodgers and designs on a 100-win season… C’est la vie. That’s pretty much all I can think to say after another disheartening loss to the San Diego Padres. It’s ok to be greedy sports fans but your greed and lust for championship after championship guarantees you nothing.

This Giants team appears to be going down for the count after the Mets slaughtered the Phillies earlier today putting the Giants 1 game back for the top Wildcard spot. It has come to this: The Giants cannot be expected to win a series against a team 24 games under 500.

The afternoon was a series of semi-painful failures. Ty Blach could not find the strike zone and lasted only 3 innings allowing 2 runs when he could easily have allowed twice that many. He threw 280 pitches in the first inning and another 246 in the second. In a clear case of the Major League-debut jitters the rookie lefty could not provide the spark the Giants needed.

After the Padres went ahead 1-0 Buster Posey and company surged ahead to take a 3-1 lead in the top of the third. Unfortunately, the gravitational pull of their second-half death marched pulled them back into the black hole of broken hearts. The bullpen could not hold the lead, the bats never again threatened. To make matters worse, Eduardo Nunez had to leave the game after pulling his hamstring. Oh, did I tell you the Dodgers clinched on a walk-off home run in extra innings in Vin Scully’s final game at Dodger Stadium? The only way things could be worse would be if the Dodgers beat the Giants in that game. Mercifully, we did not have to experience the brutal, mathematical end of our division championship hopes first-hand.

A moment will come when one has to question the heart in this team. Where is the fight? Where is the ability to pile on or come from behind late in a game? Where is the talent that was 25 games over .500 in the first half? What has happened to our team?