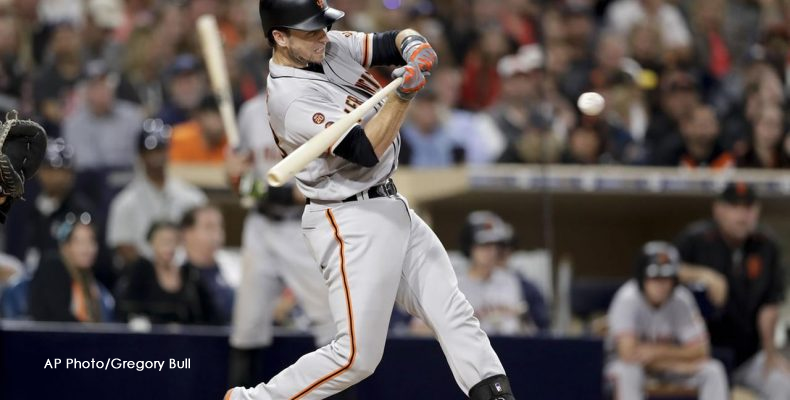 Boy did I make the right decision to go to bed during the bottom of the 5th inning, right after Matt Reynolds walked in a run on four pitches.

I put the word “humiliate” in the headline because I love it’s etymology. It is a word that dates back to the 16th century Latin meaning “to bring low”. It has its roots in the same family of words as “human”, of the Earth, literally to bring to the ground… Right now Giants nation is being humbled and there seems to be no answer to the question “Will the Giants get out of their second half death march?”

Let’s begin with the offense, a team, in full health (as much as any team can make that claim after a marathon baseball season) that has scored a total of 13 runs in their last 7 games. I feel for Bruce Bochy. It’s not his fault his mashers cannot mash and his table-setters cannot set tables any longer with any frequency. Last night the Giants left 5 base runners on base in the first four innings. In both the top of the 2nd and the top of the 3rd they had a runner on second with nobody out. Both runners were stranded. Bruce Bochy is a bit of an anomaly when it comes to his hitting philosophy. He is more like Earl Weaver than Whitey Herzog and he rarely bunts early in games. He doesn’t abide by the manufacturing runs philosophy of many National League skippers.

The time may have come to change that philosophy to adapt to the stark reality that this team cannot rely on home runs and sequences of hits with men on to put up big innings or come from behind when they give up early runs. It may be time to put runners in motion and bunt every time there is a runner on second with nobody out even with Posey and Pence hitting. The Giants’ situational hitting (advancing runners, getting runs in from third with less than two outs, etc.) is absolutely abysmal. Some great comments were made in yesterday’s threads about the team’s sudden lack of extending at bats and making pitchers work till they get their pitches to hit. It is a curious trait that this year’s team makes so many weak outs, particularly on pitches early in the count.

Albert Suarez had a bad first inning with a bit of bad luck. He gave up a clean single, a dying quail single and a bomb to Wil Myers. He settled down after that and pitched 4 innings without giving up any more runs. He was not dominant by any means but he was essentially, keeping the Giants in the game, until the bottom of the 5th happened…

Let’s talk about the top of the 5th. Suarez was due to lead off and Bochy pinch-hit for him with Jarrett Parker, who proceeded to put up one of the saddest at-bats this year. Parker is ice cold. Mac Williamson is ice cold. This is what happens when young players only get sporadic at best playing time. After contributing to the Giants success in the first half with the injury to Hunter Pence, Mac and Parker are 0 for September.

Now, I understand the move but let me tell you why I disagreed with it at the time. Suarez had settled in and lifting him disrupted the flow of the game. He had just doubled in his previous at bat and was pitching well enough to deserve another inning or two. When I mean “flow” of the game I am referring to the risk of putting in a relatively unproven pitcher in the middle of a game that the Giants had just made close after Buster Posey’s 2-run double. It was 3-2 and the Giants were in desperate need of a shutdown inning to keep their momentum alive. Then Matt Reynolds happened, game over.

Is this Bochy’s fault? Surely not and the skipper was treating this game as a postseason contest taking no chances. Who is to say Suarez would not have melted in the 5th?

Scoring 13 runs in 7 games is downright awful. Neither the Cardinals nor the Padres have strong pitching staffs this year. I don’t know what to say. Is it Bochy’s fault his hitters are not producing? Did he become a bad manager all of a sudden? I don’t think so. Sometimes teams slump for extended periods of time. Sometimes they slump for a whole season.. Right now they team inspires no confidence offensively and puts tremendous pressure on its pitching staff. When the pitching isn’t perfect the hitting cannot make up the difference. Since the All Star Break the Giants have the fewest runs scored, with 241, fewest RBIs with 228, and second fewest home runs with 49, in the Major Leagues!

When the Giants don’t get a lights-out effort from their starter it’s usually time to watch College Football or go for a walk.