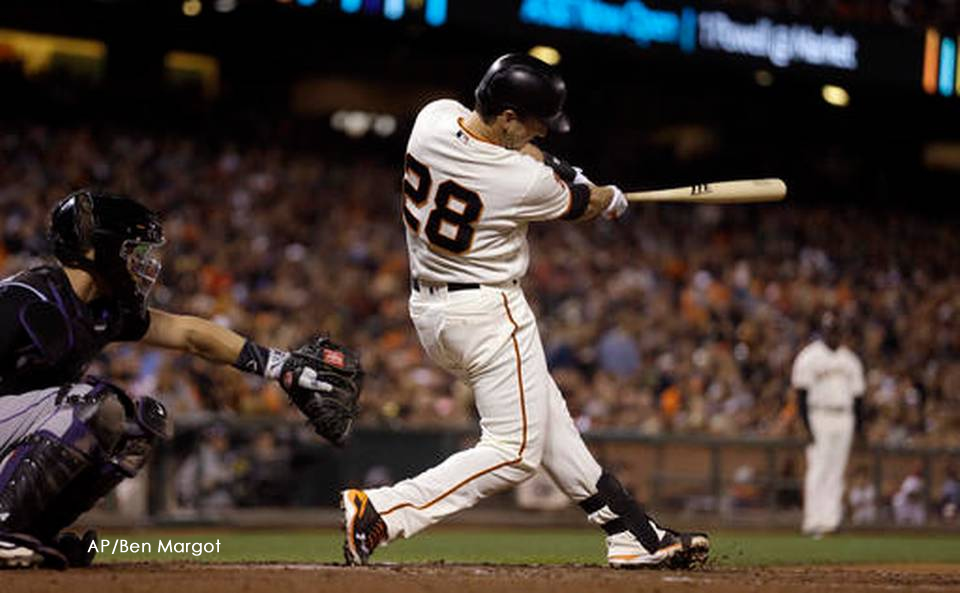 Ahhhhhh, that was wonderful! We always knew the Giants were capable of a complete effort in all phases of the game. Matt Moore was sensational, going 7 2/3 innings giving up one run to the powerful Rockies and the Giants lineup did the rest. Before I laud the hitting exploits of our much-maligned batters, I want to expand on Matt Moore’s start. Let’s remember his last game in Los Angeles against the Dodgers: a total disaster that saw him exit before he could get through the second inning. It was an implosion in a crucial situation for the team by a newcomer trying to acclimate himself to the expectations and pressure of a pennant race.

Is Matt Moore Evolving Into Another Ace?

Tonight he was the impresario of a baseball masterpiece. His fastball was everywhere he wanted it to be: inside corner, outside corner, down, up, and most importantly, by the Rockies hitters. D.J. LeMahieu, he of the .350 NL-leading batting average, struck out his first three times up. In the 6th inning Moore threw 8 pitches. He was efficient dominant, and most importantly, confident when the game was on the line and when the Giants desperately needed their starter to set the tone of the first game of the final homestand. His final line: 7 2/3 innings, 1 run,  6 hits, 0 walks, and 11 strikeouts. Moore right now reminds me of Jeff Samardzija for most of the season: Incredibly promising, maddening, inconsistent and oh so close to being dominant. It appears Rags and Co. have groomed Smarge to a point where he is now more confident and more consistent with his command, thanks to his newfound curveball and some modifications to his wind-up. With Matt Moore learning the cutter three starts ago from Madbum, we could be seeing the evolution of a dominant lefty addition to our rotation.

Everybody Hits, the Runs Runneth Over

And now for our hitters! Joe Panik busted out of his semi-funk with two extra base hits. Brandon Crawford smoked balls left, right and center. Brandon Belt was crushing everything and was a homer away from the cycle. Posey (for his 1000th career hit) and Pence went back to back with cruise missiles that threatened to knock out spectators in the left field bleachers. Angel Pagan and Denard Span both had big hits. Conor Gillaspie mashed a curveball into the right field stands during garbage time in the bottom of the 8th. This was one of the most gratifying offensive performances of the entire season and a veritable party for us frustrated, agonized fans starved for a dominant game by our talented lineup.

Synchronizing the Moving Parts of a Winning Baseball Team

This is the Giants team we were hoping for at the start of the season. This is the team that we saw signs of in the first half. If the Giants waited till game 156 to re-assert their genius on Major League Baseball then I can live with that. Sometimes when everything goes right in a baseball game it is easy to get suckered into thinking your team is flawless. We know baseball is not that easy. There are so many moving parts that constitute winning a baseball game…

The Giants are a team that has won three World Series in the past 6 seasons by putting those parts together and prevailing over foes with more impressive individual statistics. This 2016 Giants team has been, in the second half, the exact opposite: a team less than the sum of its parts unable to meet the demands of its talent and potential. Tonight’s game gave us an inkling of what this team can accomplish when talent and expectations find an equilibrium befitting of their championship pedigree.

I can’t wait for tomorrow’s game! I needed this! So did you!