No More Split-Squad Magic, I Guess 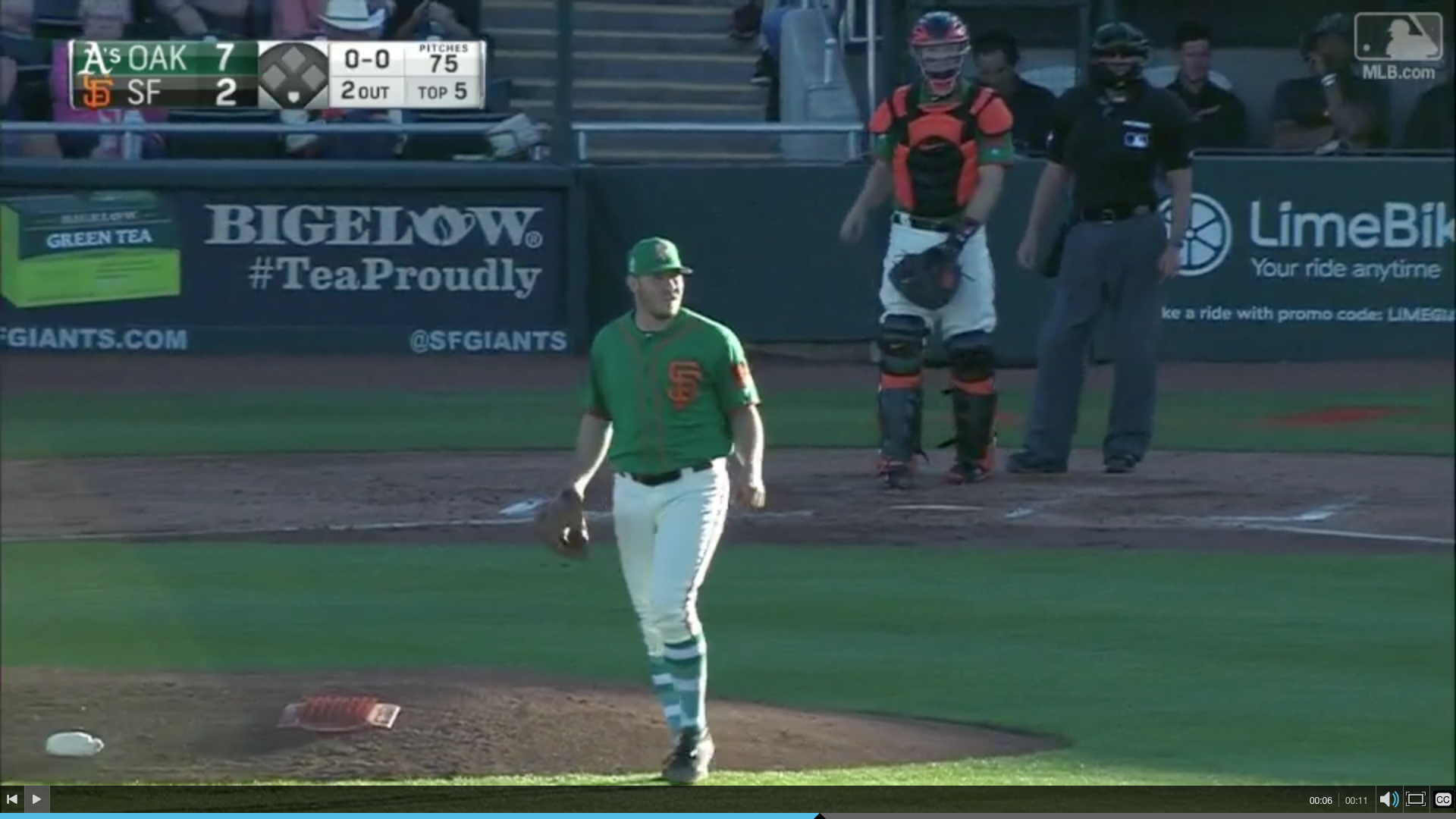 Well, shoot. That didn’t go well at all.

The Giants lost both ends of a split-squad “doubleheader,” and the even worse news was that the two young(ish) starters slotted in as the fourth and fifth guys in the rotation both had bad days. Let’s start with Chris Stratton. He pitched beautifully for four innings, scattering a couple singles and walking none. Then he fell apart in the fifth inning, getting doinked with four singles and ultimately charged with four runs after the relief pitcher (“Jose Valdez”) let in two of his runners. So not great but maybe not terrible.

Then there was Ty Blach. Now, there’s a bad outing and then there’s a BAD OUTING, and the latter is what Blach had yesterday. Ignore the fact that a rare Brandon Crawford error in the first inning made the first four runs unearned. If you watched the game, you saw/heard loud contact after loud contact after loud contact. It seemed like I kept watching Steven Duggar race back to the centerfield wall (should he be playing a bit deeper, maybe?) on an endless loop, reaching helplessly as another screamer bounced off the wall over his head.

As Henry Schulman pointed out, now is not a good time for Blach to have that bad of an outing, not with limited opportunities remaining in spring training games to make an impression, and not with a veteran lefty starter having a good spring and a March 24 opt-out date.

“He’s really throwing a nice changeup now to go with his other pitches,” Bochy said of Beede, who had a 12.27 ERA over his first three starts. “He looks comfortable. (Relief) could be a role for him. You never know. It’s good to get the experience in spring training, coming out of the ‘pen.”

Bochy said Beede’s stuff could play up in a shorter role.

“He’s got a power arm,” Bochy said. “You look at the fastball and how it can play, sure. Especially with that changeup.”

Yeah, when you’re 24 and haven’t even made your major league debut, you don’t want the manager already relegating you to the 2018 version of the Kyle Crick role. However, this is a very cool story in this video about Beede’s community work.

610nm did a good job of outlining this in a comment yesterday, so let’s update it again after a split-squad day in which all of the main competitors appeared. The number in parentheses is the player’s spring ABs, followed by their batting average, OPS, and other relevant numbers. I have them sorted in order of spring batting average.

[Jarrett Parker is having a rough weekend, having to wear it about his alma mater, Virginia, losing to those gritty Retrievers from UMBC. Condolences also to fellow Virginia alum Javi Lopez.]

Anyway, here’s how I see this outfield thing as of today. Just drop Duggar, Slater, and Shaw from the list. They’re going to AAA. And yeah, I know all the arguments for Duggar making the team and don’t disagree with them, but I just believe he’s going to AAA whether we like it or not.  So the competition is between the two top guys and the two bottom guys on the above list. Blanco, I tend to agree, is a lock if Duggar starts in the minors–he’s the lefty bat who can platoon with Jackson (who, by the way, is hitting .360 with a .407 OBP this spring), and he’s still a good defensive outfielder who can back up all three positions. So it comes down to spring performance and intriguing power (Mac) vs. incumbents who have no more minor league options (Parker and Gorkys).

Here’s the Giants lineup, and I hope this doesn’t mean that Bochy plans to bench Belt for Sandoval vs. lefties. I see Hector Sanchez listed among the reserves–guess he’s mended from his hammy.

#sfgiants vs #rockies at Salt Lick. Top of that lineup a good clue for Bochy's thoughts vs LHPs. Just stick Posey fourth between the new guys. pic.twitter.com/jITXH4vNNZ