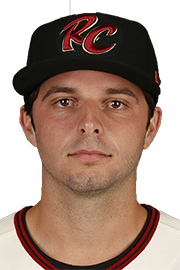 The first game of the Cactus League started off well for the Giants. Two of the four guys (Blach, Suarez) competing for rotation spots pitched and threw four scoreless innings with five strikeouts between them; the hitters staked them to a 4-0 lead behind a home run by Nick Hundley and a two-run double by Steven Duggar. Pablo Sandoval later blasted a solo HR for the fifth run.

That was the good part. The starting lineup was mostly made up of bench guys and AAA guys, and their mid-game replacements were from minor league camp. That motley crew made six errors and gave up six runs, all unearned, and the Giants lost 6-5. The box score’s too long to post, but here’s the link if you want to see it.

Whatever. Three of the guys they most want to evaluate had good days. It was a nice start. Suarez, in particular, impressed. Last year, he had two forgettable outings for the Giants in the Cactus League, overamped and overthrowing, and was quickly shuttled off to minor league camp. Not this time.

“At first, I was a little hyped up,” Suarez said. “But I made sure I was breathing out there and stayed relaxed.”

“From day one here, he’s been really confident,” Hundley said. “I thought his bullpens have been really crisp. I faced him in live BP; I thought his stuff was really sharp there. I can’t attest to last year, but I think this year, coming in, he has a real quiet confidence about him, for sure.”

That’s what I noticed about him the three times I saw him in Sacramento last year: Suarez has a bit of a swagger–a “quiet” one, as Hundley said, but he gives an air of knowing he’s in charge and belongs out there. Like Ty Blach, his predecessor in yesterday’s game, he’s poised.

I get it. There are still a lot of haters out there. But it sounds like Sandoval’s doing everything he can to show his value to the Giants, from breaking in a catcher’s glove so he can catch bullpens in Arizona and serve as the emergency catcher to helping Steven Duggar with his swing. I couldn’t find a video of Sandoval’s home run yesterday, but it was reportedly to right-center, over the grassy berm, onto the concourse.

The beat writers keep talking about the enthusiasm and the cohesion they are observing in the clubhouse and on the field. Henry Schulman spoke of how “floored” Duggar has been with the helpfulness of the veterans, especially impressive considering that Blanco and Jackson are in direct competition with him.

Duggar has been floored by the unsolicited help from older players, including fellow outfielders Gregor Blanco and Austin Jackson, who theoretically are competing with Duggar for 2018 playing time and, in Blanco’s case, a job.

Enthusiasm and camaraderie are expected in a spring camp. The Giants have demonstrated it in many little ways.

“Pablo has been incredible,” Duggar said. “Gregor has been amazing. Jackson has been tremendously helpful. There’s an open dialogue. It’s been special. They’re great teammates and even better people.”

In his piece in The Athletic, Andrew Baggarly said this:

For now, there is so much more going right in the Giants’ world. They are talking to one another. They are invested in each other. They are building the kind of cohesion that allows a group to weather slumps and storms.

After so many months of quiet isolation last year, they held a moment of silence on Friday that represented something altogether different.

It was a moment for unity. And hopefully, for change.

Time will indubitably tell about the unity and the change, of course. But it sounds like they’re off to a good start, and that’s what matters.

Another young starter, Chris Stratton, takes the ball to start today’s road game against the Dodgers. The beat writers seem to feel that the fourth spot in the rotation is Stratton’s to lose. Here is the Giants’ lineup: