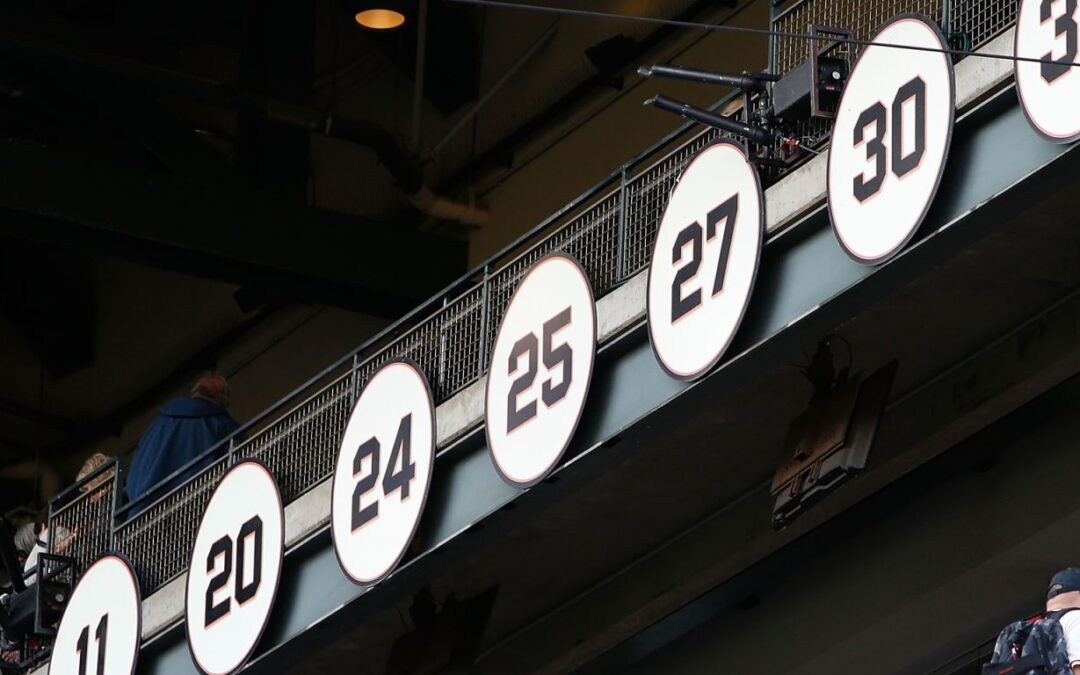 Having one’s jersey number retired is one of the highest honors an athlete can receive. Often done one a player leaves the team, retires, or passes, retired numbers the skill and impact a player left on the team. The distinction makes it so the number cannot be worn again by anyone on the team.

With more than 100 years under the team’s belt, the Giants have their fair share of retired jersey numbers. World-class pitcher, Carl Hubbell, played from 1928 to 1943. Thanks to his expert pitching, his wins above replacement is at 68.5. His jersey was retired shortly after he left the sport in 1944. One of the more diverse players on this list, Monte Irvin was a leftfielder, first baseman, and shortstop from 1938 to 1956, another nearly two-decade career. Irvin played at 32.1 wins above replacement, 3483 at bat, 1059 hits, 137 home runs, and 688 runs batted in. His number was only retired semi-recently in 2010, nearly 45 years after his last game. As one of the most prolific players of the sport, it is no surprise Willie Mays number was retired. Though his career was interrupted for a short time due to military service, the centerfielder had one of the longest stints on the field, from 1948 to 1973. In that time, his accumulated stats such as 156.1 wins above record, 10924 at bat, 3293 hits, 660 home runs, and 1909 runs batted in. His 24 patch was retired in 1962, despite having another 10 years in the sport. Another Hall-of-Famer pitcher, Juan Marichal made his stamp on the game with 62.9 wins above replacement over his 15-year career (1960 to 1975). His jersey number 27 was retired the same year he ended his career. Gaylord Perry was pitcher from 1962 to 1983 who made his mark on the sport. He had an impressive wins above replacement at 90.0, which may be part of the reason his number was retired in 2005. Jackie Robinson is not only one of the best known Dodgers who ever lived, but arguably one of the most prolific players in the entire sport despite only playing from 1947 to 1956. His number is retired by the Giants as part of the MLB honor he received posthumously. During that nine year span as a second baseman, third baseman, and first baseman, he garnered 63.9 wins above replacement, 4997 at bat, 1563 hits, 141 home runs, and 761 runs batted in. His iconic #42 was retired in 1997 not only for the Giants team, but for the entire sport of baseball. Though the sport of baseball did not mark their players with numbers with Christy Mathewson played from 1900 to 1915, he was posthumously given this distinction. Throughout his career, the pitcher had 106.5 wins above replacement.

A few people received honorary retirements: John McGraw, who played from 1891 to 1907 before managing the team, as well as Russ Hodges and Lon Simmons, both iconic sportscasters of the time.

With this lineup of impressive players, which numbers do you believe should be retired next?