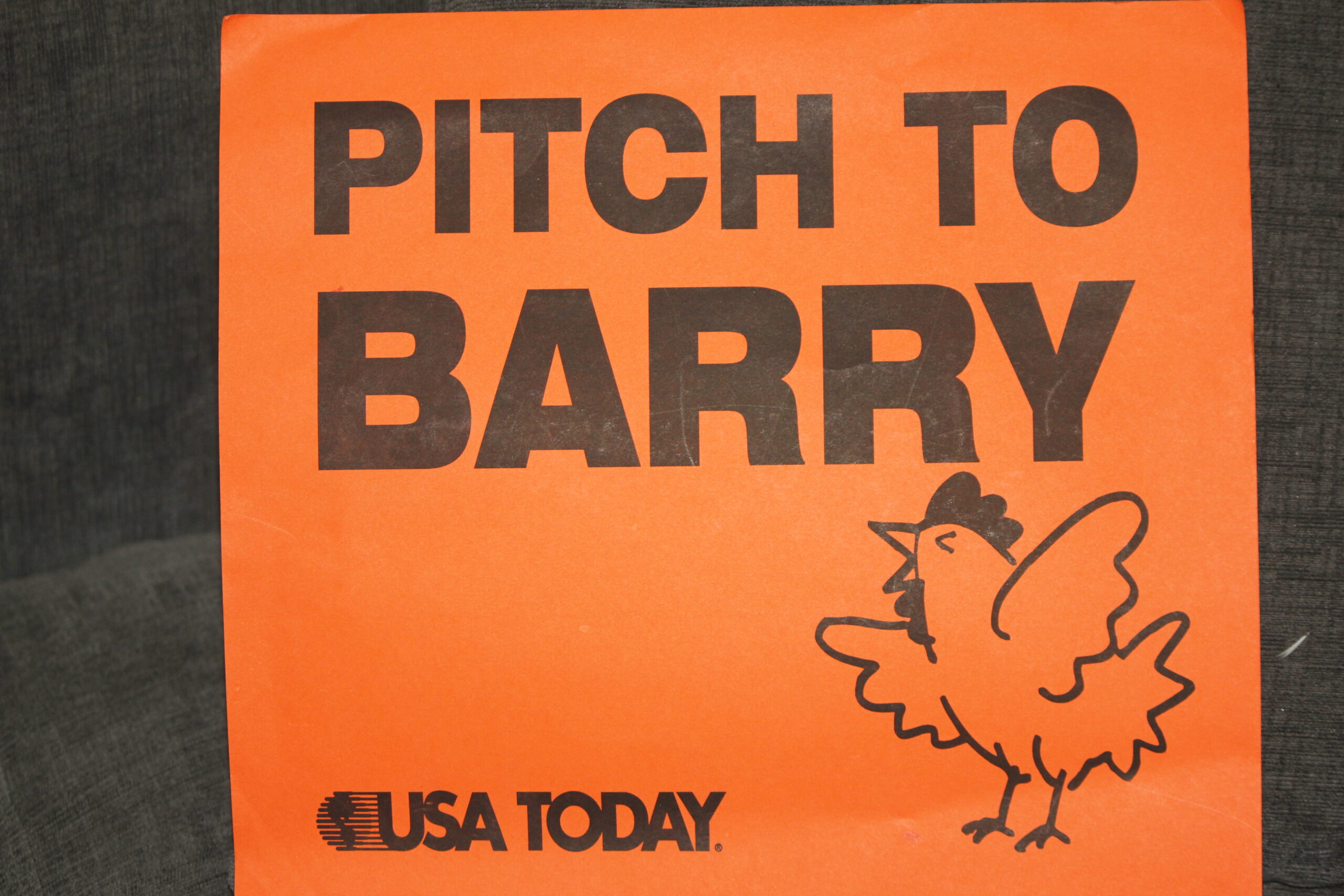 Surf Maui is still in quarantine with Vailsunshine at SMGMAM (Surf Maui Giants Museum and Mancave®) with a few more Barry Bonds items to show you.  For the time being this will close out the Barry Bonds segments, until, if the pandemic lasts long enough, I rummage through more of my Giants memorabilia and find more stuff about Barry– or alternatively I happen to get in another fight with a Hall of Famer. Although I have no doubt there are more Bonds items, finding and “cataloguing” it will take several more lifetimes or at least several more pandemics. For those of you intrepid TWGers who actually read to the bottom of this post, there will be a special treat–or at least it’s special to SM. And, after all, isn’t that all that matters?

First is a Barry Bonds bobblehead which by itself certainly isn’t unique at all, unless you count the fact that mine is numbered #4,669 of a 5,000 limited edition. So if anyone else has #4,669, please let me know because we were both robbed.  Paired with this “limited-edition” bobblehead is, I suspect, a somewhat more rare–and, as my son said when I got this for my grandson, definitely more creepy–“First Edition” 2002 Barry Bonds Duck pictured below. How many of you have that?

Next is an official made in Taiwan Giants Rubik’s Cube, featuring Barry Bonds on one side, and Jeff Kent, Rich Aurilia and Robb Nen on four of the others, along with ads for Coke and Albertsons. I never took the cube apart, and could never solve it if I did, but it might be interesting to rearrange it to see some of Barry’s parts mixed in with Kent’s as they actually tried to do during their infamous clubhouse fight.

Here is a random Barry Bonds 1998 baseball card. I have no idea why I have it, but it was interesting to note that through 1997, Bonds had fewer than 400 home runs but more than 400 stolen bases.

The next item is a pin commemorating Bonds’s home run in his first at-bat in the 2002 World Series.

It was a no doubter and this is the video to prove it.

Next is my “Pitch to Barry” T-shirt which is definitely not one-of-a-kind unless you count the unique Surf Maui DNA traces on it. Also I can verify that this was game-worn by SM!

It certainly will come as no surprise that Barry Bonds hit the first Giants home run in PacBell Park. He did it in the bottom of the third inning on Opening Day, April 11, 2000. Anybody with Internet access can watch the home run and listen to Vin Scully posit that it would seem to be impossible for Barry Bonds to hit more lifetime home runs than Willie Mays.

And only about 42,000 of us in the world were there to watch it in person. However, there is only one Surf Maui scorebook page of that game and it resides in a place of honor under my TV in the SMGMAM.®  You will note from my scorebook that Bonds also had the first Giants extra base hit and first Giants RBI at PacBell, on a one out double in the first inning.  You may also see that SM was scoring in pen and screwed up his book in the bottom of the fifth inning. Please try to ignore that.

As a bonus question, who hit the first home run at Pac Bell? Hint: It happened in the top of the third inning.

So that’s it for today from the SM Mancave and BombShelter. Next time we’ll talk about a completely unique and definitely the only one in the world collectable item concerning one of SM’s favorite Giants. So stay tuned, and Go Simulated Giants. By the way, Happy 89th Birthday, Mr. Mays, and thanks for all the thrills you gave us.