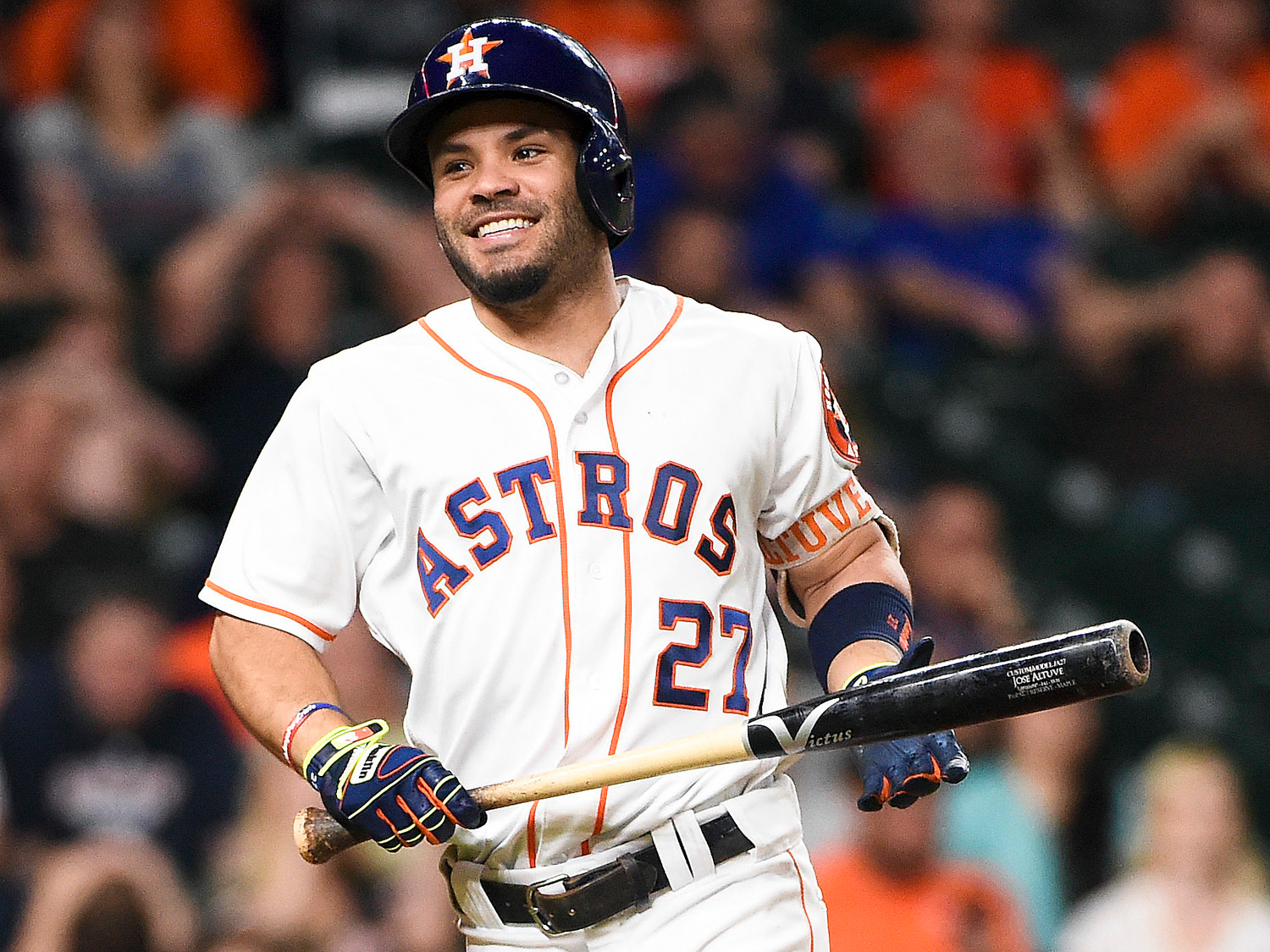 There’s nothing in sports quite like a Game 7. The Super Bowl, maybe, but there’s something about two teams having played to a draw over six previous games, knowing each other’s strengths and weaknesses, wearing each other out, that makes a Game 7 unique. CC Sabathia, along with Justin Verlander, is one of the best stories of this postseason. Sabathia was a postseason stud, a workhorse, nearly ten years ago, but he’s had a lot of ups and downs on the field and in his personal life since. Verlander was considered the best pitcher in baseball five years ago but then fell on some hard time with injuries and seemed to be on the downside of his career. Then 2016 (Kate was right; he should have won the AL Cy last year) happened. And now 2017.

Why I’m rooting for Houston tonight

Why I don’t hate the Yankees as much as usual

Things I still hate about the Yankees

They acquired a domestic abuser–twice. And they have nasty fans. Plus they’ve already won enough titles. They don’t need any more.

If it’s the Yankees vs. the Dodgers, I don’t know if we’ll watch. Maybe Sabathia’s starts and that’s it. My heart’s just not in it.

So the Giants have hired a new farm system director, former Giant David Bell, and reportedly may hire Chili Davis as their major league hitting coach. And more moves may be coming.

There are expected to be significant coaching changes with the #SFGiants, league sources tell @FanRagSports.

I’m not sure what other coaching changes may be on the horizon, though replacing Hensley Meulens after eight years and three titles is not a small thing. Possibly Nevin or Wotus could go elsewhere, leading to some new hires and/or shuffling?  We’ll see, I guess.

Do you all feel OK about this? Last year, Roberto Kelly and Billy Hayes took the fall after a disappointing second half and early exit from the playoffs. Now, Kelly was a terrible third base coach and absolutely needed to be replaced, but it definitely felt, then and now, like they were the 2016 scapegoats for organizational failures. Now it is (or may be) Meulens and Shane Turner and who knows who else. Meanwhile, the people with the real power–Sabean, Evans, Bochy–apparently face no consequences, and this in a climate where guys who were in the playoffs last week (John Farrell and Dusty Baker) no longer have jobs and the other three worst teams in MLB (Detroit, CWS, Phillies) immediately fired their managers after the season. I know there are differences of opinion here about Sabean, Evans, and Bochy. But I’m uncomfortable with underlings getting thrown under the bus instead. It feels like this has become a dysfunctional organization, and at least when the Nats are dysfunctional, they still win 95+ games every year.

All that said, I do think replacing the farm director and the hitting coach are probably good moves; those are areas that obviously need attention, and whether or not Turner or Meulens were really to blame for the problems, sometimes change can be good. There probably should be harder questions asked about John Barr, about the conditioning and medical staff, and maybe even about the pitching coaches, too.

So I’m obviously a bit conflicted about all this.

Anyway, after tonight we’ll know about the World Series, such as it is. Enjoy Game 7; it’s a rare treat.