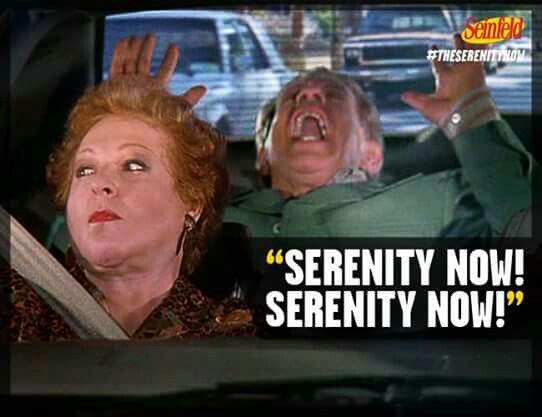 Today is the 20th anniversary of Festivus, the only “holiday” created by a TV sitcom (“Seinfeld”). (If you don’t believe it’s a holiday, try googling it.)

I celebrate it religiously by airing grievances (one of the rites of Festivus) on Facebook every year.  Here at TWG, though, every day is Festivus, so I won’t go there. There’s actually Giants news this week!

During his brief tenure with the Giants, some folks in Giants Twitter started calling Christian Arroyo “Boss Baby” because he kind of looked like the character in the movie. For the first week or two, he was definitely a boss, coming up with a clutch homer, his first, against the Dodgers and old friend Sergio Romo, that led to a comeback win. We didn’t have many of those moments to celebrate in 2017.

It feels a little sad that he’s gone. I remember when he was drafted. I remember when he came to AT & T to sign his contract, and Amy G interviewed him on TV. I remember hearing him interviewed by Ray Woodson on the Hot Stove show on KNBR and thinking what a mature, articulate young man he was. We waited years for him to arrive (he was drafted out of high school in 2013), and just like that–he’s gone. Best wishes to you, kid, and say hi to the Duffman for us.

I’m struggling to find anything nice to say here, but best wishes to him, too. We’ll always have the memories (or acid flashbacks).

I think we can all agree about this one. Hundley was one of the few bright spots last season. He won the Willie Mac Award. The Giants indubitably need a good backup catcher for Posey, and they got him back at reasonable terms. Everyone’s happy. Willie McCovey looks happy!

There is quite a bit of debate, both here and on other social media, about whether or not the Giants did the right thing, big picture, in trading for Longoria. More on this below. One thing no one really disagrees about: Longoria is an upgrade over what the Giants had at third base in 2017, and he makes the team better for 2018. He’s also a leader and a hard worker who should bring some much-needed fresh energy into the Giants’ clubhouse. So welcome aboard!

Giants’ nation is polarized (like the actual nation) or whether the Longoria trade was a brilliant move or a terrible one. Let me briefly summarize: The “terrible move” side argues that the Giants’ goose is cooked (seems like an apt metaphor/idiom for Christmas weekend), the window is closed, and they should be tearing it all down, selling every valuable piece, and restocking the farm system–not taking on another big veteran contract while shipping away a top prospect who is ten years younger. The “brilliant move” side notes that the Giants addressed two problems (lack of power, lack of an everyday third baseman) in one trade, while still structuring the deal financially so that there is more room in the budget to address other problems, such as the outfield and the bullpen. The snarky side adds that trading Span (and Matt Moore before him, also a shrewd financial move) is addition by subtraction. There is debate over the present and future value of Arroyo, too, with Keith Law unenthusiastically dubbing him as “maybe” a regular player who could stick at second base (not athletic enough for shortstop, not enough power for the hot corner), and David Schoenfield calling him one of the most overrated prospects in the game, likely to be a utility player.

My take: It’s a done deal, so let’s wait and see. It’s been clear all along that the Giants were not going with the “tear-down” approach, at least not for 2018. They still have a lot of money committed to guys who still should have a few good years left (Posey, Crawford, Cueto, Samardzjia, Belt, Melancon, Bumgarner). Several of those players have full or partial no-trade clauses, so just shipping them wherever for prospects isn’t as easy as some people would think.  As I said after the Longoria trade, I think Evans and Sabean done quite well given the constraints he took into the offseason–limited financial room and prospects that weren’t, for example, going to be out the Cardinals for Marcel Ozuna. By trading Moore and Span, he’s removed the most troubling starting pitcher and the most problematic position player of 2017 (And yes, I know Span hit at league average, but he was such a liability at a key defensive position that he was a huge problem. When you’re recalling the good ol’ days of Angel Pagan and his only -20 DRS in CF in 2015…well, that’s BAD.)

Carl Steward has his always entertaining take on the trade (and fans’ reaction) here: https://www.mercurynews.com/2017/12/22/steward-only-thing-old-about-longoria-are-giants-fans-whining-about-his-age/.

According to Alex Pavlovic’s article yesterday, the Giants are primarily looking at the trade market at the moment, perhaps trying to land an outfielder and a relief pitcher in one transaction. Rumors of Jay Bruce being on the verge of a deal with the Giants appear to be premature; Alex described that as not being the Giants’ “Plan A.” He also made the intriguing comment that “Sabean is said to be a big believer in prospect Steven Duggar, so it’s possible the Giants will ultimately spend most of their remaining resources on a corner bat.” Since I’m such a dedicated TWG correspondent, I followed up on this with Alex:

eventually, but they would rather not go into spring training with that plan after what happened in LF last year

that's the comp I've gotten from some Giants people

Given the creative/somewhat surprising moves made so far, I think we can assume that whatever happens next may be something we haven’t thought of yet. I for one didn’t expect Moore to be traded, nor did I think Evan Longoria would be a realistic target this offseason. National baseball writers keep wanting to put Lorenzo Cain or Jacoby Ellsbury on the Giants, but neither of those seem likely at all.

Have a great Festivus, a Merry Christmas if you celebrate it, and a nice holiday weekend. Feel free to air your grievances below. I know you will, anyway.  Lefty out.

The tradition of Festivus begins with the airing of grievances. I got a lot of problems with you people and now you’re gonna hear about it.