In Which I Don’t “Stick to Sports,” Either 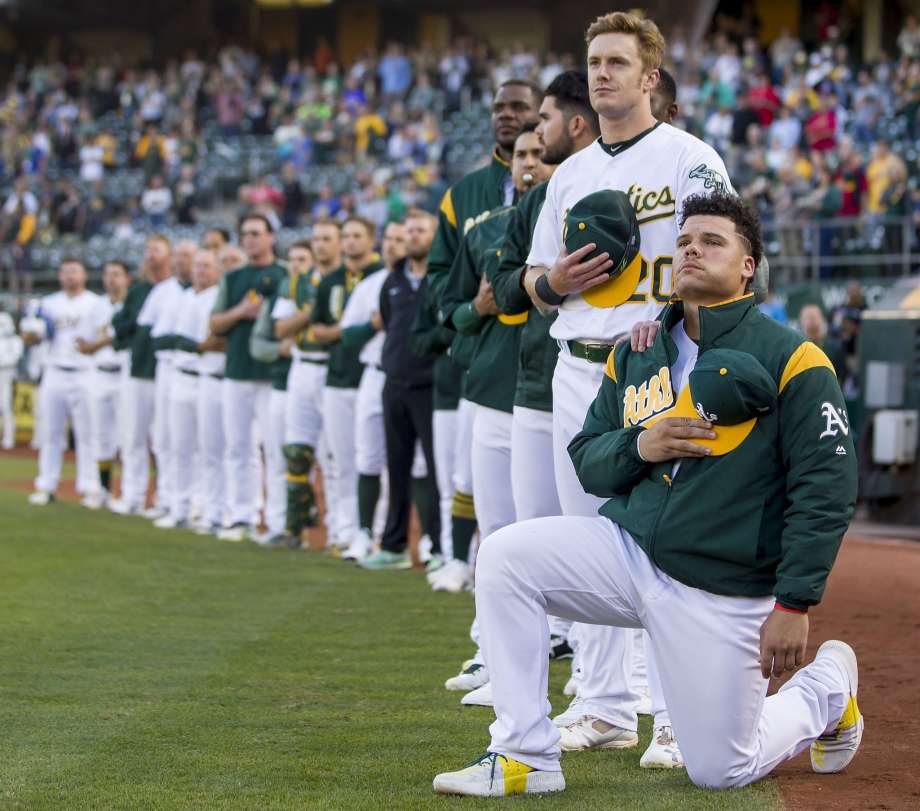 It may have been a post-clinch hangover game for the Dodgers, but it was still sweet. I can’t recap it any better than Grant Brisbee did here:

Look, the Giants beat the Dodgers. Buster Posey hit and threw. Madison Bumgarner was brilliant. Brandon Crawford reminded you why he’s a Gold Glover. They didn’t score a lot, but they scored enough. Yasiel Puig looked foolish. The bullpen was quietly efficient.

We also have to talk about Matthew’s Guy™ Gorkys Hernandez, who explained in Henry Schulman’s postgame article why he’s playing through a sore wrist:

“Every time Bochy puts me in the lineup I want to show everyone I can be here and be part of this team for a long time,” Hernandez said. “That’s what I’m looking for. That’s what I want. I want to retire with the Giants. I love it here, and my teammates.”

Gorkys and his sore wrist had three hits last night, and he’s scored all the Giants’ runs in this series by anyone not named Pablo Sandoval. Good on ya, Gorkster. Who knows where things are in the outfield once the wheeling and dealing are done, but you’ve earned your chance for next year.

Thanks to the Chief Twitterer, the platform of professional athletes to make social/political statements has never been greater. I’m going to be surprised if hundreds of NFL and (maybe) MLB players don’t take knees during the anthem today. I expect the NBA players to be expressing themselves in a few weeks, too. If You-Know-Who thought he was going to shut them up with his Twitter bullying, he’s going to be disappointed. He’s taken on people with egos just as big as his own, and in many cases, they’re waayyyyy more popular than he is, too. (Does anyone question whether LeBron James or Stephen Curry could beat Trump head-to-head in an election? And yes, I know they have to be 35 years old to be eligible. Work with me here.)

So that any discussion doesn’t devolve into mindless “respect the flag or else” discussions (like the ones on Twitter), here are a couple of things to keep in mind.

I’m pretty open-minded about these things. I tend to agree with the 18th-century British writer Samuel Johnson that “patriotism is the last refuge of a scoundrel.” There’s a lot of empty “patriotism” in this country right now, just like there’s a lot of empty “Christianity.”  Don’t misunderstand me: Real patriotism and real faith are to be admired and emulated. But the fake versions are just lazy excuses not to engage with real issues that make people uncomfortable.

Anyway, I’ve always been down with Kaepernick or whoever else taking a knee during the anthem. It’s their right, and if the NFL owners choose to punish them for it, I guess that’s their right, too. But there are a lot of people around this country who are going to have to choose between their Sunday religious festival–and by that I mean the NFL, not church–and their distaste for uppity players who, in their minds, should just shut up, cash their checks, and entertain us.  (I don’t understand that “stick to sports” thing, anyway. Athletes and sports media folks aren’t people and Americans, allowed to express an opinion just like the rest of us?)

These are interesting times. I admire the athletes for standing up to Trump and for standing in solidarity with each other. And I really, really admire this guy for being the first MLB player to take a knee. I admire teams like the 49ers and the Warriors for their statements in support of their players.  But let’s be honest: In progressive Northern California, those teams have less reason to fear backlash from their fans. In other parts of the country, though?  We will see.

Back to the Giants

The Giants have 61 wins with seven games to go. If they can go just 2-5, they avoid becoming the second 100-loss team in franchise history. I know some of you here think that’s a stupid thing to worry about, but it is a thing. The Giants are 8-10 in their season series against the Dodgers. If they win today (and it’s finally Stratton Day!), they finish 9-10. That’s not bad, considering the respective overall records of the two teams. They show themselves, and the Dodgers, that on any given day, Madison Bumgarner can be brilliant and Yasiel Puig can be an idiot. And aren’t we all proud of Bum for keeping his temper last night? Maybe he’s learned a few things during this painful season. Lefty out.