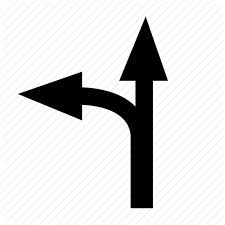 I was hoping I wouldn’t have to write this “Part 2” column this week because there would be a new contract between MLB and the players’ union and maybe the Giants would have already signed Seiya Suzuki and traded for Luis Castillo. But, alas. Instead, you get my rundown on the Giants’ resources from the left side of the plate to mirror the “Right Side Up” column I did last weekend.

Thanks to the re-signing of Brandon Crawford and Brandon Belt, the Giants’ losses from the left side are minimal (compared to the combined 5.7 WAR lost on the right side from Buster Posey, Kris Bryant, and Donovan Solano). The dropoff/regression of Alex Dickerson this year and his subsequent DFA was one of the sadder developments of the 2021 season. Tauchman has been long gone from the team, but he made memorable contributions while he was here.

Mike Tauchman robs Albert Pujols of a walk-off home run with an unbelievable catch at the top of the wall pic.twitter.com/m6sw04nqAs

This is actually not bad. The Giants got great seasons from Crawford and Belt (MVP caliber in Crawford’s case), a surprisingly valuable season from Steven Duggar, and an out-of-nowhere Willie Mac Award winner in LaMonte Wade Jr.  Mike Yastrzemski went from a top-ten MVP finisher in 2020 to a pretty disappointing regression, but he still hit 25 homers, played very good defense (he was a Gold Glove finalist in right field), and was the third-highest lefty hitter on the team in WAR. We could hope for better things in 2022 for Yaz and for Tommy La Stella, who missed more than half the season with various injuries and wasn’t all that great when he was on the field. There are ways this could slide downhill in 2022, but there are also ways it could get better.

LaMonte Wade Jr is hitting .571 in the 9th inning or later this season

That would be tied for the highest BA in the 9th inning or later in a single season since at least 1974 (min 25 PA), with 1987 Jerry Mumphrey https://t.co/QhnPqkODx3

Left-handed hitters still on the market

For what it’s worth, now that the universal DH appears to be a done deal, Grant Brisbee votes for Kyle Schwarber, pointing out that the Giants don’t have a natural DH from the left side, assuming you want Belt, Crawford, and Yaz, all good fielders, playing defense most days. From the right side, older players like Darin Ruf or Evan Longoria could be good choices against lefties, or Wilmer Flores if you don’t want him playing defense very often. From the left, though, it’s not obvious who the everyday DH might be. Brisbee also cautions that Schwarber, though a good fit as a hitter, is likely to be expensive at age 29. In fact, I searched for Schwarber on Twitter and found articles saying that at least 10 different teams need Schwarber as their DH, so yeah–there’s going to be competition. Even the Cubs might want him back. As to the rest of the list, I think we can be pretty confident that Freddie Freeman is not walking through the home clubhouse door at 24 Willie Mays Plaza.

Just for fun, let’s watch Eddie Rosario destroy the Dodgers in the NLCS.

Mentioned this video the other day and many had not seen it. All 14 of Eddie Rosario’s hits in the NLCS, which tied the all time recordpic.twitter.com/r2j5t85KNz

Uhhh…Bryan Reynolds (6.0)? (And yeah, I said him last week, too, but he’s a switch-hitter!) Matt Olson (5.8)? Olson is under team control through 2023, but it’s not clear how he’d fit given the Giants re-signing Belt. But–yeah, he’s good, and the A’s may be open for business once the lockout is lifted.

Now that I’ve done this exercise, I think I’m more worried about lefty hitters than righty hitters for 2022, and that’s the opposite of where I thought I’d end up. While the possible upside of Crawford, Belt, Yaz, Wade Jr, and even La Stella is real, it’s also worth remembering that (a) Crawford is 35 (b) Belt is almost 34 (c) Yaz regressed badly in 2021 (d) Wade Jr came out of nowhere and could also regress and (e) La Stella is hurt. Beyond that, there’s not a whole lot unless you’re super excited about Jason Vosler (-0.8), though Vosler did have that one key little moment in a game at Dodger Stadium in July (also known as the “Darin Ruf check swing game”). With the righties, at least you can hope that Austin Slater finally puts a full season together or that Joey Bart and/or Heliot Ramos burst on the scene like the legit first-round draft picks they could be.

Other than that, I don’t have much to say about the Giants right now except that Gabe Kapler was spotted courtside at the Lakers/Warriors game at the Chase Center last night (sipping wine).

Oh, and I really enjoyed this week’s Giants Talk podcast, which featured an interview with Will Clark. Among other things, he talked about having retired after having a great season at age 36 (hit .320 with over 20 homers) and that he and Buster Posey had discussed several times in the last couple of years how Clark felt about having walked away from the game on top. (“Best decision of my life.”)

Sorry I don’t have more for you, but enjoy the Super Bowl, or at least the commercials. Lefty out.