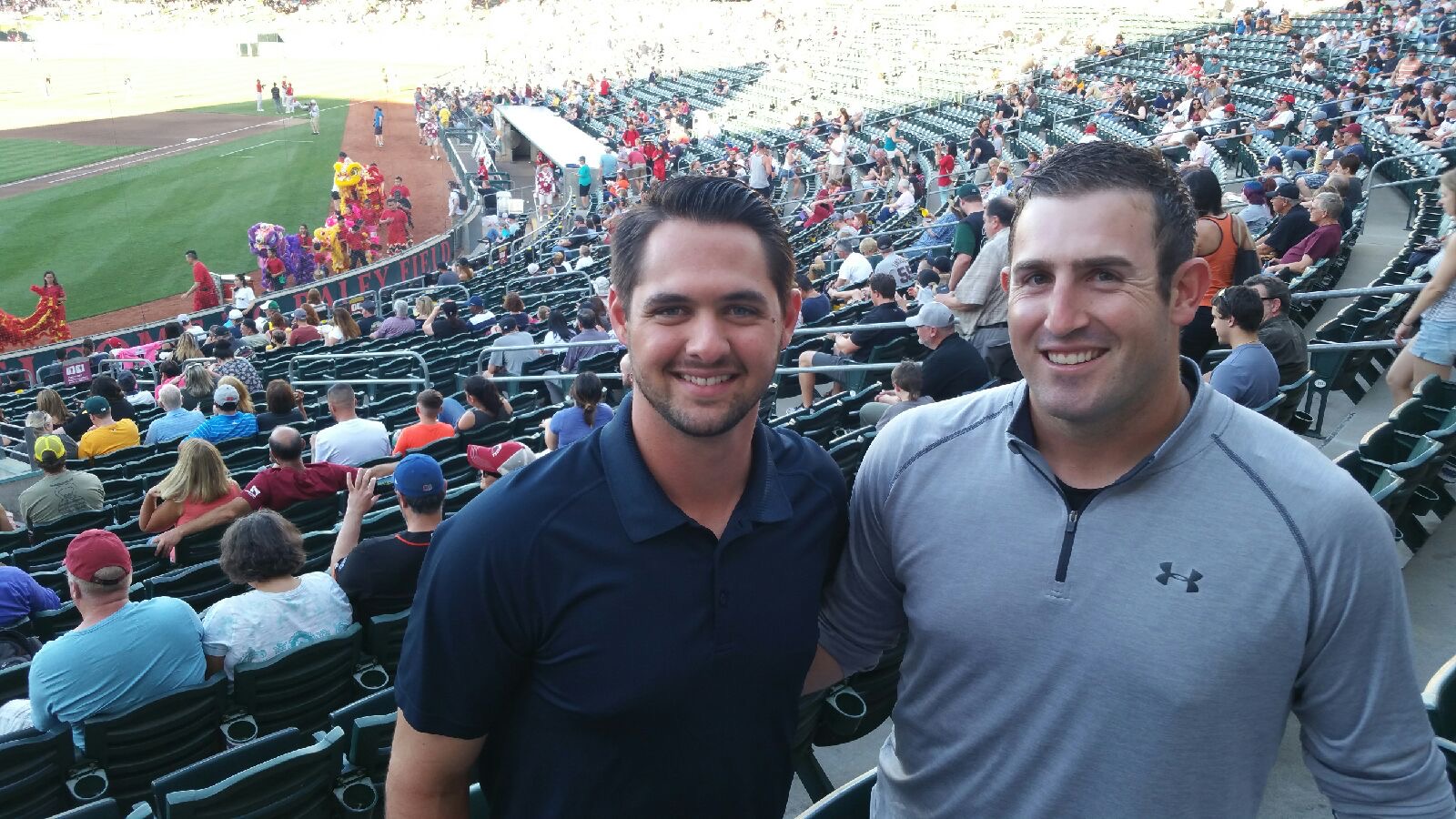 I’m struggling this week. There was NO baseball news. NONE. I pondered discussing cooking, movies, and college football for my Saturday post. Then I remembered that there was a teeny-tiny bit of baseball/Giants news this week and decided to run with it.  So we’re going to look at Giants prospects from three different angles. First, the 40-man roster moves announced on Monday. Second, the Baseball America new top-10 prospect list for the Giants, also published this week. Finally, and a hat-tip to TotalFan62 on this one, a look at the depth chart of Giants prospects by position and possible ETAs.

You can save the snarky remarks about how bad the Giants system is. It’s our system, and the Hot Stove is ice cold. So here we go.

Monday was the deadline for teams to add minor leaguers to their 40-man rosters or risk having them stolen by another team in the upcoming Rule 5 Draft in December. Being added to a 40-man is a big milestone for a young baseball player. There’s the obvious boost of knowing the team values you enough to put you one step away from the majors and to protect you from poachers. Probably more significant, though, is that players’ minor league salaries nearly double in their first year on the 40-man roster and double again in their second year. They and their families also become eligible for major league health benefits.

Most minor leaguers never make it onto a 40-man roster. By rule, players must be either added to a 40-man roster or become eligible for Rule 5 selection under the following guidelines (source):

Players first signed at age 18 must be added to 40-man rosters within five seasons or they become eligible to be drafted by other organizations through the Rule 5 process. Players signed at 19 years or older have to be protected within four seasons. Clubs pay $50,000 to select a player in the Major League phase of the Rule 5 Draft….If that player doesn’t stay on the 25-man roster for the full season, he must be offered back to his former team for $25,000.

Also, once a minor leaguer has completed six full-year contracts (and has not been added to a 40-man roster), he can elect minor-league free agency. These rules are intended to protect players from being blocked by their original teams forever. This source has a lot more detail about this.

The Giants added four new players to their 40-man roster: RHP Tyler Beede, C Aramis Garcia, LHP D.J. Snelten, and RHP Tyler Herb. To make room for them, they dropped RHP Dan Slania off the 40-man roster (he already has cleared waivers and been assigned to AAA), dropped Orlando Calixte (he played mostly for Sacramento last year and briefly for the Giants), and dropped two recent waiver-wire acquisitions, Engelb Vielma (already claimed by the Phillies) and Micah Johnson. The Giants’ 40-man roster is still full, so assuming they sign/trade for any new players–or even bring back Willie Mac winner Nick Hundley–there will need to be more moves. Let’s take a quick look at the four new 40-man guys. I’ve linked their MiLB.com pages to their names in case you want to look at their bios and stats.

Notable players left unprotected: RHP Tyler Rogers (maybe they’d hit their “Tyler” quota), RHP Sam Coonrod, INF Jonah Arenado (baby brother of superstar Nolan). Of those, Rogers seems the most likely to be taken in the Rule 5 draft. As Grant Brisbee helpfully pointed out, Rogers’s twin brother, Taylor, already pitches for the Twins, so how can Minnesota resist having actual twins in their bullpen? I don’t think they can. (Taylor is a lefty, too, so they’re mirror images. How cool is that?)

You can always take these lists for what they’re worth (not much), but this updated list was published this week:

Of these ten, seven were first- or second-round picks, starting with Arroyo (2013) and ending with the latest first-rounder, Ramos, in 2017. The other three are Williams (seventh-round pick in 2016), Duggar (sixth-round pick in 2015), and Fabian (international signing from the Dominican). So there are not a lot of surprises there, but Williams made the biggest jump: He was the Giants’ #28 prospect before the 2017 season and #19 mid-season (per MLB.com). Williams turned 23 in September and had a very good season, divided between Augusta and San Jose. Of the others, we’ve talked a lot about Duggar, who didn’t lower his stock much despite missing most of the season to injuries (he was #4 preseason and #7 midseason on MLB.com). His solid AFL season suggests he’s on the cusp of major-league readiness, so one of the most interesting offseason storylines is what, if anything, the Giants will do to address their gaping hole in CF, with Duggar almost, but not quite, ready.

Quibble: Andrew Suarez had a terrific season and may be ready for the majors right now. I think he probably deserves higher than the #10 spot.

Another guy to watch: Bryan Reynolds, switch-hitting outfielder who was the Giants’ top draft pick (second round) in 2016. Like Beede, Reynolds is a Vanderbilt product, and he had a very good season for San Jose.

For discussion, I’ll start a “prospects depth chart” by position, with likely major league ETAs in parentheses. Feel free to add, subtract, and argue. In some cases, the ETA is from MLB.com; in others, it’s my opinion.

It looks like the Giants need to start targeting catchers and infielders again in the upcoming draft(s). The cupboard is getting pretty bare, and Christian Arroyo can’t play three positions at the same time.

So that’s it: all things prospects. Lefty out. (And go Stanford tonight!)