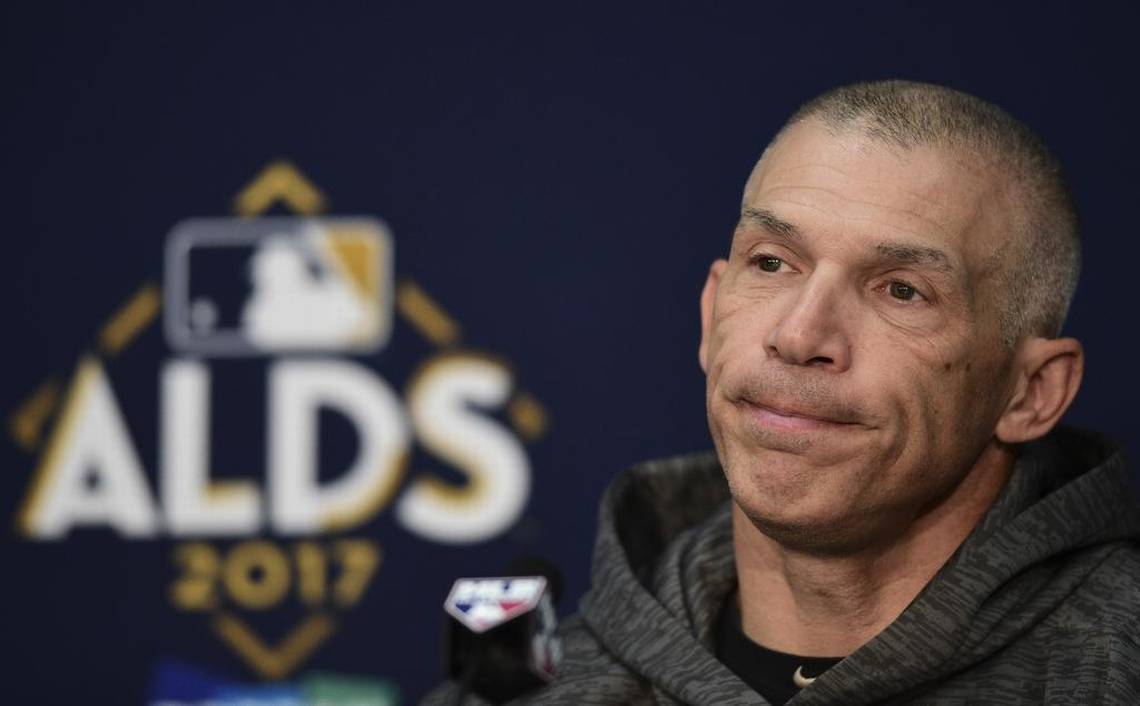 Today the Nats and Dbacks find out if they have any life left in their 2017 seasons. After all, no one’s ever come back from an 0-2 deficit in the NLDS…wait, what?

But I digress.  Young phenom Robbie Ray tries to continue his breakout year vs. wily ol’ lefty Rich Hill. How much will Ray’s outing in the Wild Card game, just three nights ago, affect him?  No one’s ever come back on such short rest in a postseason series…wait, what?

As for the Nats…WAKE UP, NATS. Carl Steward gave you the ultimate insult last night on Twitter.

Hate to say it, but Dusty appears cursed. Nationals' offense looks like the Giants'.

As we all know, Joe Girardi is absolutely getting pasted for his in-game decisions last night after the Yankees blew a five-run, late-inning lead and lost the chance to tie the ALDS. You can read the outraged analyses here, here, and here, and there’s plenty more where that came from if you’re good with Google. You’d think he hadn’t just, three nights earlier, been lauded for his quick hook of his young starter in the Wild Card game that saved the Yankees’ season. Yeah, that happened, too.

Lovullo could and probably should win NL Manager of the Year. (Yeah, I know, Craig Counsell, but the Snakes actually made the playoffs.) Was he an idiot or a genius for burning Robbie Ray in the Wild Card game, knowing he then couldn’t use him for Game 1 of the NLDS? Well, we’ll see tonight, both in how Ray does on short rest and in whether the Dbacks go down 0-2 after basically punting Game 1 by starting Taijuan “Beanball” Walker.

All the outrage about Girardi, who just days ago was being praised and who is generally considered an excellent manager, reminds me of the criticism Bochy got last year after pulling Moore and watching his bullpen give back a three-run lead in the ninth, ending the Giants’ season and even-year voodoo. But today let’s just send Bochy our best wishes as he undergoes another heart procedure. I’m sure we all hope that it goes smoothly and that he has a rapid and uneventful recovery and the rest he needs and deserves.