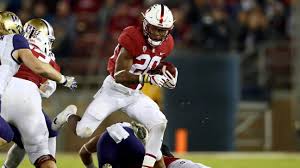 Well, I’m not kidding that Stanford did, indeed, upset Washington last night, but I’m kidding that the post is about that. (But oh, man, did UDub screw themselves. Not only did they likely take themselves out of the playoff picture, but their path to the Pac 12 title game is now very difficult: They’d have to (a) beat Wazzu in the Apple Cup and (b) hope Stanford loses to Cal in the Big Game. That was a very bad game for them to lose.)

But this IS a baseball blog, so…

I’m stalling because, well, there isn’t much baseball news right now. We have awards coming, qualifying offers to accept or reject, and the GM meetings coming up soon. But none of that has actually happened yet, except for Craw’s Gold Glove and Buster’s Silver Slugger, both of which GG already covered.

There’s Baggarly quitting the Merc (again) for The Athletic, and there’s Henry Schulman covering the Warriors’ practice and getting a nice feature interview with Omri Caspi and…nah. I’ve really got nothing.

Oh, and just for fun, Schulman got to see Steph Curry do this at practice. I was tempted to tell him Steph does that 4-5 times a game, no big deal. How would Hank know anything different?

Big rumor here. Talks between the Marlins and Red Sox on Giancarlo Stanton reportedly "may be heating up": https://t.co/2PoACFVJCc

Oops, how’d that get in there?!

An interesting side note to Willie Mays’s career is that he spent the 1952-53 seasons in the U.S. Army. In his Rookie of the Year season, 1951, the Giants won the NL pennant (cue Russ Hodges). In 1954, when he came back, Mays was the league MVP and the Giants swept the World Series from the heavily favored Cleveland Indians…their last title until 2010.

Willie Mays is inducted into the Army in 1952

Bryce Love is a total stud.

Much to your relief, I’m sure…Lefty out.