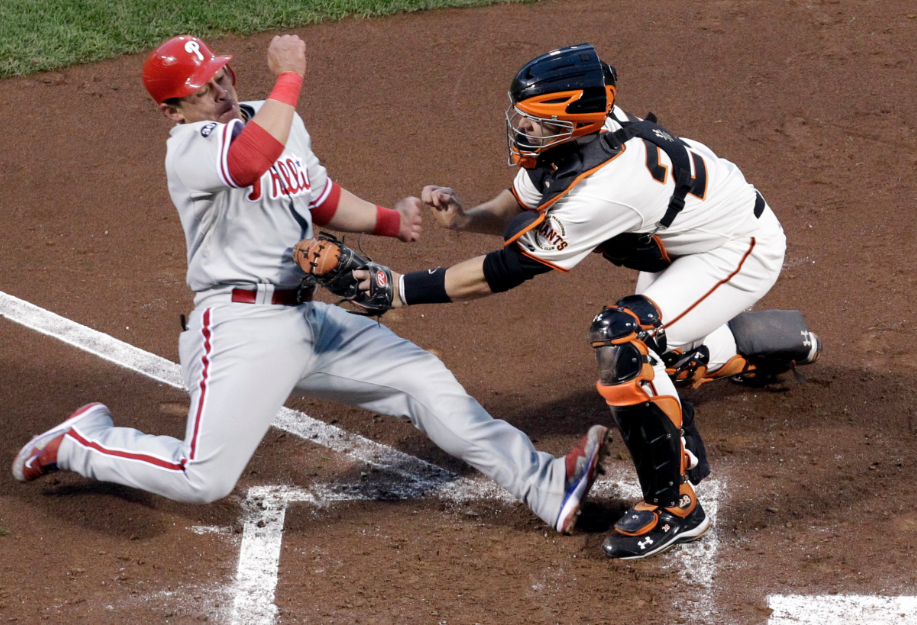 This was a huge game in the Giants’sssss run. MadBum pitched well enough but Bochy gave him a quick hook in the top of the fifth with two outs and two on. The Giants pen has been the weak link in this series and playoff run but the starting pitching was historically good. There were huge hits by the Panda, Huff and Buster, who went 4-4 with two RBIs and was in the middle of a great play at the plate where Rowand threw out Ruiz.

Juan Uribe hit the game-winner in the bottom of the ninth, a sac fly after getting a little chin music from Roy Oswalt.